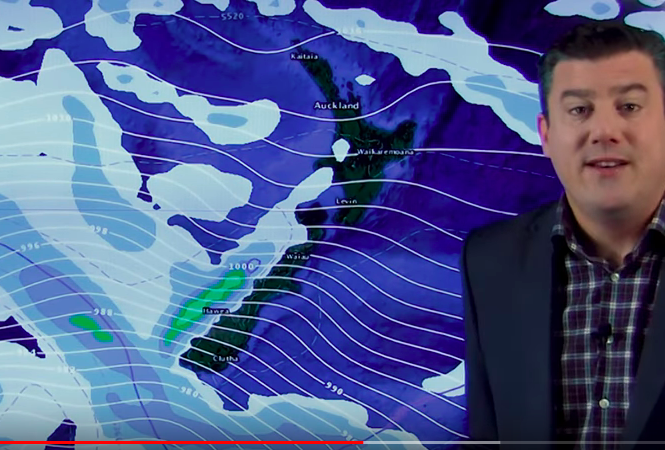 A westerly change has now arrived in the upper North Island bringing thunderstorms and a slightly cooler change.

Over the coming days expect westerly quarter winds to increase – this will push up temperatures in the east and north again for a time but expect some colder surges in the mix too.

These westerly quarter winds will rise to gale at times across the country over next week with heavy rain on the western side, drier than average in the east and colder than usual in some southern areas (while some others will be warmer than usual, mostly in east of the North Island at times – but even they can expect some colder days in the mix now too).