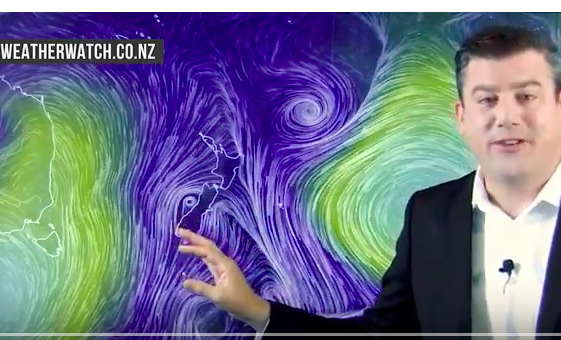 The weekend is looking much calmer around New Zealand but weâ€™re not done yet with the leftovers of ex-cyclone Fehi. The storm has left behind a deep but very small area of low pressure on the West Coast which will hug the western coastline and drift up to Auckland on Saturday bringing some rain – but only a small area of it.

Elsewhere most places may see a few showers but mainly dry and cooler with much lower humidity.

By Sunday the westerlies return in the South Island ahead of another cold front which will see another dusting of snow on the southern mountains (like Friday!).

Waitangi Day looks a bit showery in the western side of NZ and the south but most other areas should be dry. Later next week we could be looking back at the tropics as further lows and potential storms develop.