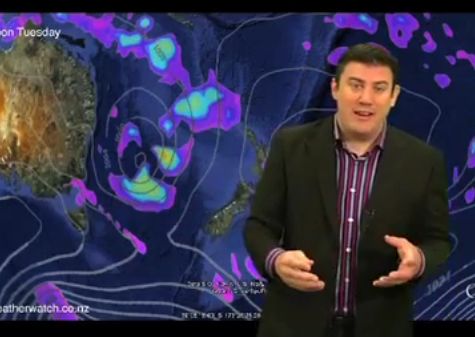 Weatherwatch.co.nz weather analyst Philip Duncan says a mix of cloud, heat & humidity will all play part for this weeks forecast.

While cloudy skies with drizzly light rain is possible again on Tuesday in the north and west, Wednesday sees a new low in the Tasman head in with much heavier rain.

The South Island’s east and south stays hot and mostly dry with more sun on Tuesday but on Wednesday the clouds will roll in later – after a scorcher for some places.

Thursday and Friday look rainy or showery for most regions with conditions taking right up until Sunday to ease nationwide.

Heaviest rain in the north and west looks to be roughly from noon Wednesday to early Friday.