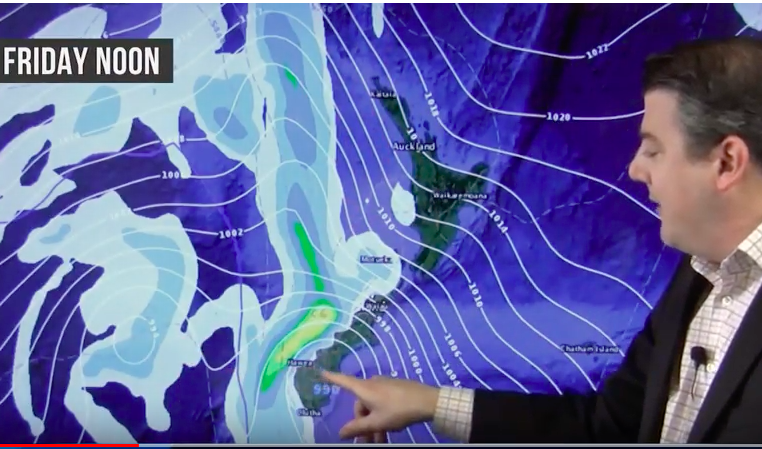 Another large area of low pressure will cross New Zealand this weekend and early next week bringing more rain, wind, isolated thunder – but also sun and warmth in the mix too.

Itâ€™s not as powerful as the low last weekend so there should be warmer weather, more sunny spells and a variety of wind directions.

This front will pass over the North Island overnight Friday/early Saturday. The weekend sees westerlies ahead of the next cold front on Sunday, which makes way for a colder southerly change later in the day for the South Island and by Monday will again be a nationwide blustery, colder, southerly. By Tuesday low pressure looks to dominate the North Island while high pressure builds in the South.