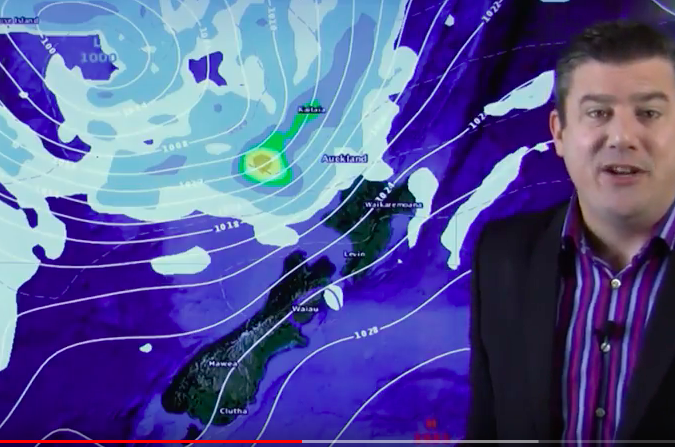 The winds are about to get warmer as they swing from polar southerlies start of this week to sub-tropical northerlies by the end of Friday.

By Queenâ€™s Birthday Monday the low moves into the North Island with showers and patchy rain – followed by a colder southerly across many areas on Tuesday.