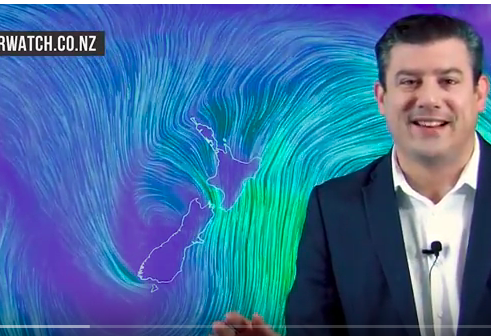 A cold southerly covers the entire country today and temperatures are down for most places. The wet weather is increasingly becoming east coast focused mainly between Christchurch and East Cape but over Tuesday and Wednesday the showers become confined to the eastern most tip of the eastern North Island (mainly Wairoa/Mahia Peninsula to Gisborne).

Expect major frosts in the South Island interior in the nights/mornings ahead (-3 to -6C expected inland, possibly even a bit colder than that for some more remote spots).

The high covers all of NZ by Wednesday and lasts until Saturday when a large low from the Tasman Sea likely moves in for all three days bringing a mixture of weather conditions.