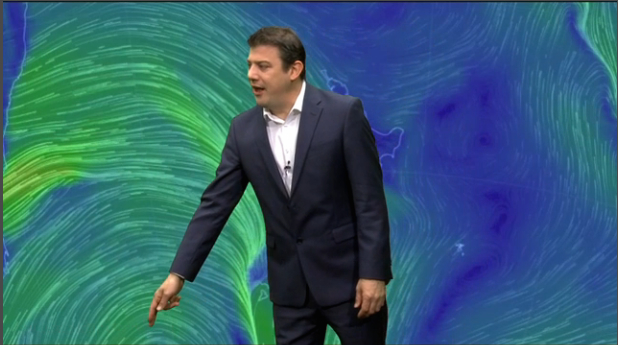 A very large low in the Southern Ocean will this week slowly churn by â€“ driving in plenty of rain for the West Coast, some rain into our dry drought regions of the east coast, and strong to gale force nor’westers for many places â€“ which turn to much colder southerlies later in the week.

A typical Autumn week ahead â€“ with a changeable weekend forecast coming up too due to the south west change by the end of the week.