Home > News > Weather Video: Another week and another ...

Weather Video: Another week and another week-long-low 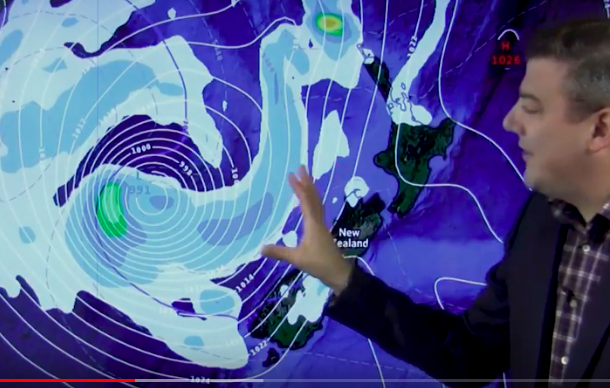 Another big low in the Tasman Sea will take the entire working week to clear the Tasman Sea and it puts NZ in a position to be affected by this system off and on.

Driest and sunniest weather this week will most likely be in eastern areas with mild conditions too (at least most days are mild, Tuesday and Wednesday may be a bit cooler in the eastern South Island).

In fact, some areas are several degrees above normal for late August (especially today, Monday).

A band of heavy sub-tropical rain slowly tracks over Bay of Plenty and East Cape over Wednesday and Thursday (one to keep an eye one). This week looks milder than average; next week may swing the other way and become windier.