Weather Video: Another fairly unsettled week although no big extremes 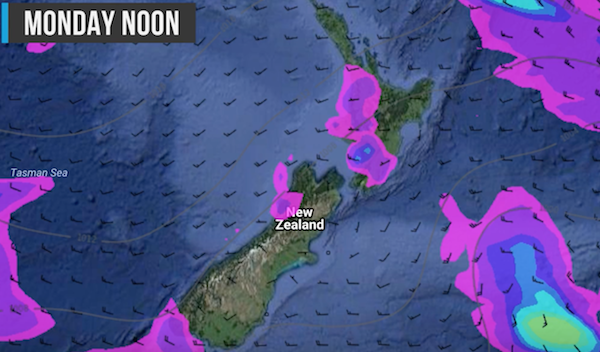 A southwesterly airflow covers New Zealand today bringing generally speaking some cloud with a shower or two in the west while eastern regions are looking drier. As we speak some western parts of the North Island are having a fair amount of sun although cloud could thicken up again mid to late afternoon. Still, there may be a shower or two about in the east if youâ€™re lucky, or unlucky as the case may be.

A front pushes northwards over the South Island during Wednesday bringing rain to most regions for a time, possibly heavy along the West Coast, fresh westerlies cover the North Island.

A weak front is draped across the North Island on Thursday and stays put on Friday while the South Island is looking a bit more settled.