Weather Video: Another big low coming – so too are the westerlies 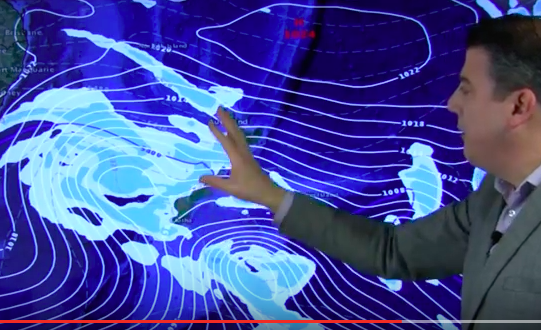 As we see the end of another large low by this Friday, it will be replaced by a similar sized one by Monday – with windy westerlies for the weekend.

As we head through next week again westerlies will be dominating and increasing later next week.

Temperature-wise and the mild conditions (generally speaking) are continuing in the North Island but a colder southerly on Sunday and Monday will likely affect parts of the South Island.

Later next week, once the westerlies kick in again weâ€™ll likely see mild conditions in the north and east of New Zealand.

Oh no Phil, when are we going to see a bit of settled weather coming in instead of this regular mid week drenching. Think most of us have had enough but as you say probably not for awhile yet..
Excellent vid by the way as usual.

Ha, I know it’s a bit ‘ground hog day’ (repetitive) at the moment. A fair bit of high pressure just north of NZ should bring plenty of dry/sunny/mild spells around eastern Northland by the looks of it 🙂