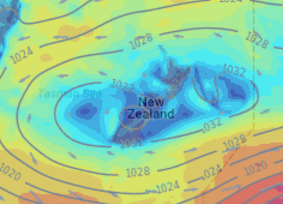 Some people have noticed that today’s weather map looks a little…well…like an ultrasound. As we transition out of February and into March all of New Zealand is under a large high pressure system.

The giant egg or rugby ball shaped high stretches wide from west to east and just reaches north and south enough to fit the entire country directly under it.

Most places have light winds but the anticyclonic flow means northerners are more likely to have easterlies while a light westerly is expected to develop this week in the lower South Island.

The easterly in the north is also helping push a small area of showers westwards from western Bay of Plenty into Waikato and brushing Coromandel Peninsula and parts of Auckland each day.  This gentle easterly flow creates cloudy weather, especially in the afternoons as the easterly movement pushes these showers over much warmer air inland – creating the big but isolated afternoon downpours we saw on Monday and expect again today and Wednesday.

A fairy gentle sou’west flow will spread across much of the country around Friday or Saturday – ahead of the next high, coming in for the South Island mostly. Next week may see more sub-tropical airflows for the north of NZ. 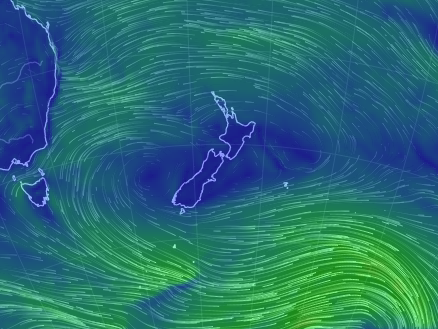 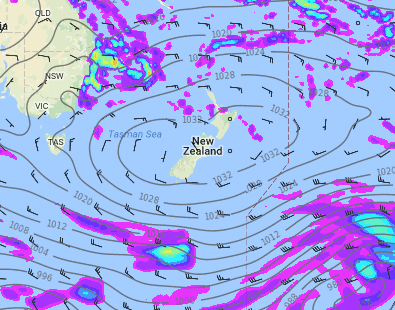 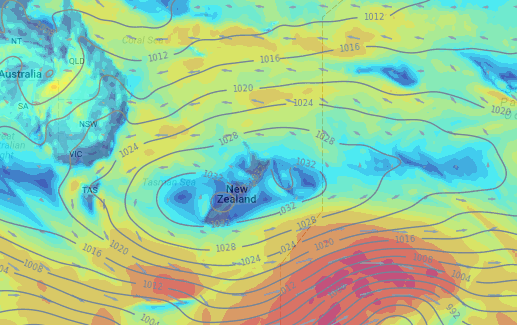