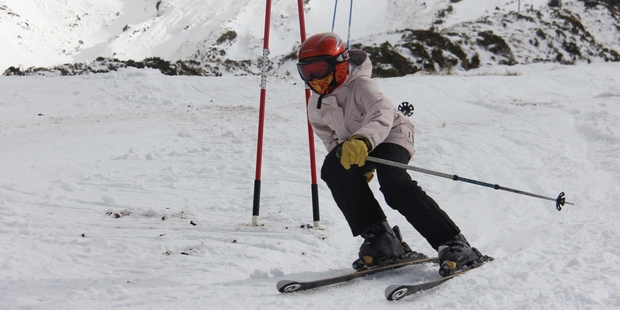 Stratford Mountain Club hosted the annual Secondary, Intermediate and Primary Schools Ski & Snowboard championships last week with blue skies and sunshine on both days. The event involves a 400m downhill slalom race and is open to both skiers and snowboarders.

About 70 students participated in the Secondary School champs with New Plymouth Boys’ High taking out the trophy for top points.

A team of 10 from Stratford High School competed, and despite being a small team they featured highly when it came to the results. Gian Padrutt was second in the Junior Boys skiing, while Nora Mueller won the Senior Girls snowboarding. Other competitors from Stratford High included Caleb McQuay, Michael Jacquet, James Burroughs, Josh Hunger, Jonas Padrutt, Amau Mas Dorca, Regan Mitchell and Zac Patterson.

Phillipa’s input was appreciated by the Stratford Mountain Club as the event relies on volunteers to make it happen.

Channa Perry, race and training co-ordinator for the club, was delighted with how the event went.

“It was fantastic to see so many parents turn up with their children and spend a day having fun on the slopes. As if on cue, the weather closed in at the end of the competition and the snow started to fall. We look forward to more snow and fun next year,” she said.