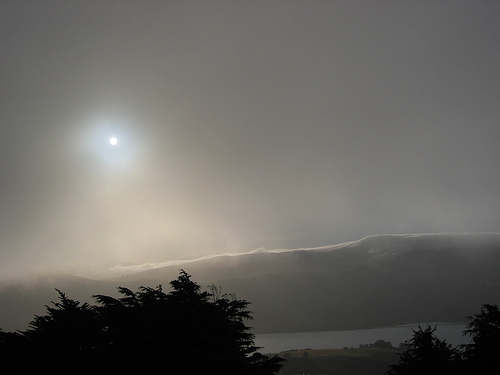 Today was certainly more serene overall compared to yesterday over the upper half of the North Island.
There was still the odd pocket of action but generally lame in the main compared to over 24 hours ago.

Lower parts of the South Island today saw some cloud and showery activity as a cooler southerly popped up over Otago and Southland.

Cantabrians enjoyed warm sunshine and a sou’ west breeze which unusually pushed temperatures into the low to mid 20s.

“Christchurch has enjoyed 3 days in a row of sunny skies” says Weather Analyst Richard Green.”Usually that wouldn’t even need to get a mention but this month has been on course to end up with very low sunshine hours after lots of days with cloud and drizzle with a chilly easterly” he says.
The city has still yet to hit 30 degrees at any stage over the summer and with just over 10 days remaining the odds not in favour of that happening.

The cooler air with some moisture is moving into Canterbury and then north to land in Wellington overnight.
Tomorrow the coldest temperatures are likely to be over eastern areas of both islands as a southerly breeze keeps a clamp on the mercury.

Elsewhere it should be warmer with cloudy areas and sunshine but still the odd shower here and there popping up as a weak front moves over the North Island.