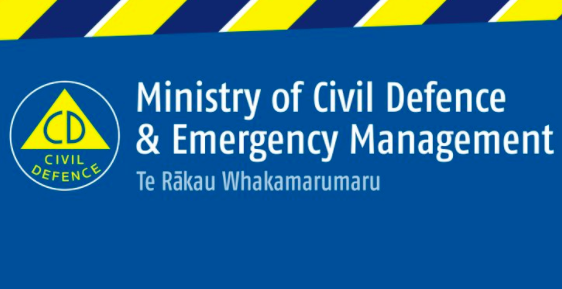 NZHerald.co.nz — On the morning of Monday November 14, 2016, the best little city in the world got ripped apart.

A violent rupture of multiple faults, including in the Cook Strait, destroyed homes, office buildings, highways and railway tracks.

The inevitable tsunami followed in minutes, as a wall of water ripped through the city and low-lying suburbs, forgiving almost nothing in its deadly path.

Or it might have done, had things been only a little different.

As it was, the damage from the monstrous magnitude-7.8 Kaikoura earthquake has proven devastating for residents of north Canterbury, with homes and transport routes and livelihoods devastated – and, worse than anything, two lives lost.

Wellington has large amounts of repair work to do, but it can also count a lot of blessings, small mercies and but-for-the-grace-of-gods (albeit strictly not in the Bishop Tamaki sense).

So many what-ifs. What if the quake, with its frightening spray of ruptured faults, like cars spinning out in a motorway pile-up, had centred a few hundred kilometres further north?

What if the crippling weather that followed the quake had arrived first?

What if it had been that little bit stronger still?

What if it had struck when the city was awake and teeming?

What if it had happened five hours later than it did, at high tide – a high tide that already had been labelled “red alert” by Niwa, denoting “increased coastal inundation potential”.

In a remark that has received less coverage than it warrants, the director of GeoNet Ken Gledhill, a man not given to overstatement, wrote this week: “We were lucky the tsunami struck at low tide; high tide could have left more damage than I feel comfortable thinking about.”

Four days on, it’s probably time to think uncomfortably. Wellington dodged a bullet on Monday. Or, to switch hoary maxims, this was a piercing wake-up call – with every aftershock since an enervating reach for the snooze button.

While a great relief and even measure of self-congratulation at the city surviving the midnight assault is understandable, therapeutically necessary even, the big lesson is that Wellington is nowhere near well enough prepared.

The spate of building closures yesterday suggests the exuberant rush to return to “normal” in the city was overhasty. And the risk of something more severe in the capital now, the experts say, is greater than it was last week.

The events of the earliest hours of Monday, what is more, point to deep flaws in New Zealand’s tsunami warning process.

When a 7.1 earthquake hit off East Cape in the early morning of September 2, Civil Defence came in for criticism for taking almost an hour after the first GeoNet data publication to issue its first tsunami notice.

In August and September, meanwhile, Civil Defence conducted Exercise Tangaroa, centring on simulating an inter-agency response to a tsunami; some earthquake experts, I’m told, watched aghast at the time that passed between Civil Defence knowing about a massive offshore earthquake and their posting any adequate tsunami warning.

If all of that augured poorly, it was much worse still on Monday morning.

The huge quake began just before 12.03am; the first, automated GeoNet data was published a minute later (understating the magnitude, estimating a 6.5). The first Civil Defence advisory, timed at 12.48am, announced, “No Tsunami Threat to New Zealand”.

The Civil Defence official Twitter account had already declared – the post is still there, timestamped 12.37am – “There is no tsunami threat to New Zealand following the Cheviot earthquake”.

The prime minister’s official account, very reasonably, retweeted it, only to delete it a couple of hours later when it was clear that this was – how to put it? – totally wrong.

How many people, tired and frazzled, switched off the radio and went to bed? Thousands, probably.

The 1am bulletin on RNZ began with the “no tsunami” misinformation already aired. It ended with breaking news: “Just to hand – a tsunami warning has been issued for southern coastal areas of the country.”

Eh? What does that even mean? Southland, Gisborne and Island Bay?

I’m not an expert but given, you know, the shape of New Zealand, that seemed deeply weird. Had RNZ got it wrong?

Nope. An alert timed 1am from Civil Defence stated: “The Ministry of Civil Defence & Emergency Management has issued a tsunami warning for all southern coastal areas of New Zealand.” There was no mention of the east coast whatsoever. Off to bed with anyone on the east coast.

And then, at 1.15am, came “an official request for the broadcast of an Emergency Announcement”; this was “an event of life-threatening or national significance”.

Hope you haven’t gone to bed after all, because a “destructive tsunami is possible”, the alert explained.

While there can be no doubting the pressure individuals must have been under, this was a stress test of the system, and the system failed. Thank goodness the tsunami wasn’t a monster after all.

What the hell happened? At the time of writing Civil Defence had not replied to questions. It seems a pretty straightforward case of dysfunction to me.

For all that, the severity of the earthquake should have been enough to send people to the hills without any warning.

The official advice is that anyone living in coastal or low-lying areas who feels an earthquake lasting longer than one minute, or shaking intense enough to make standing up difficult, should immediately – immediately – head for high ground, on foot.

That was the case on both counts for much of the top of the South Island and Wellington region, and yet relatively few, it seemed, legged it.

On social media early on Monday there was clear confusion about which parts of the capital were susceptible; many had no idea if they were in danger.

One of the positive outcomes of Exercise Tangaroa is the information gathering that’s now happening – for example the Ministry of Education wanting to know which schools are in tsunami-prone zones.

And not before time: complacency, or even just a bit of putting things off, can be fatal.

How urgent is all of this? Put it this way: the February 2011 earthquake in Christchurch was itself an aftershock of the quake five months earlier centred in Darfield.

The later, 6.3 earthquake was considerably lower magnitude than the 7.1 September 2011 event, but it produced very strong ground motions, it was focused in a much more populated area and it happened during the working day.

And, of course, it was dramatically, tragically more catastrophic.