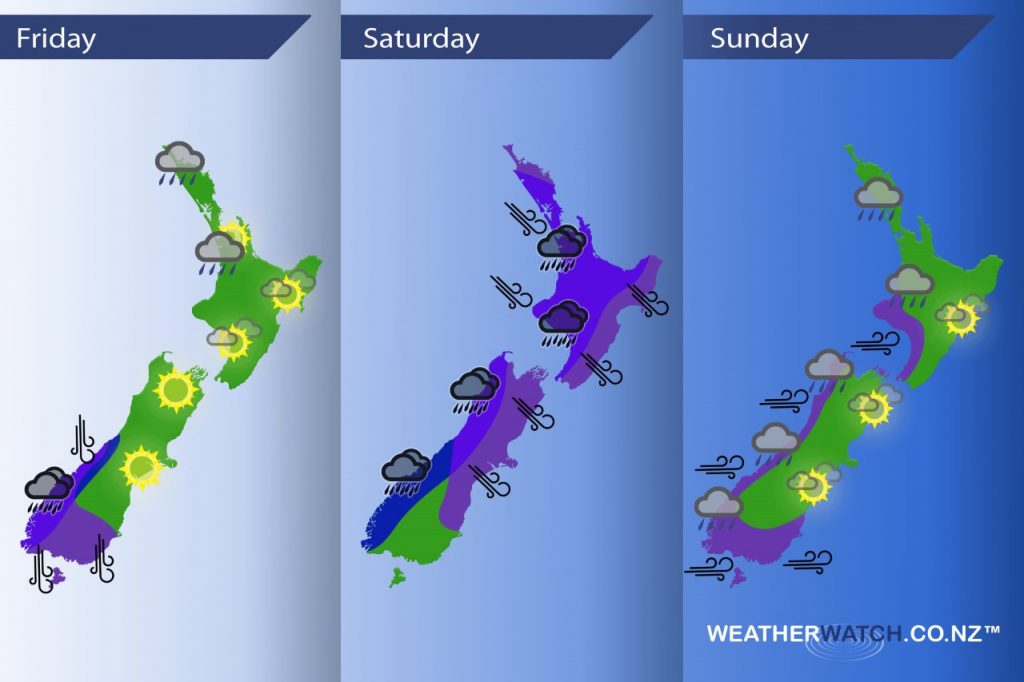 The winds return as we head into the weekend, blowing strongly from the westerly quarter – along with heavy rain at times to boot.

Things calm down again somewhat on Sunday, though westerlies continue to blow – making life difficult for western parts of both islands.

A mainly risk-free day, however overnight rain for the West Coast of the South Island becomes heavy, while western parts of the upper North Island see rain too – although not as bad as the South Island’s West Coast.
Northwesterly winds strengthen overnight also about Cook Strait and inland parts of Canterbury & Marlborough.

Heavy rain for the West Coast of the South Island.

The North Island sees heavy rain move onto the southwestern corner of the Island in the evening then gradually moving northwards overnight.

A strong westerly airflow lies over the whole country on Sunday, western regions naturally feel this the most but also some eastern regions especially Southland & Otago. 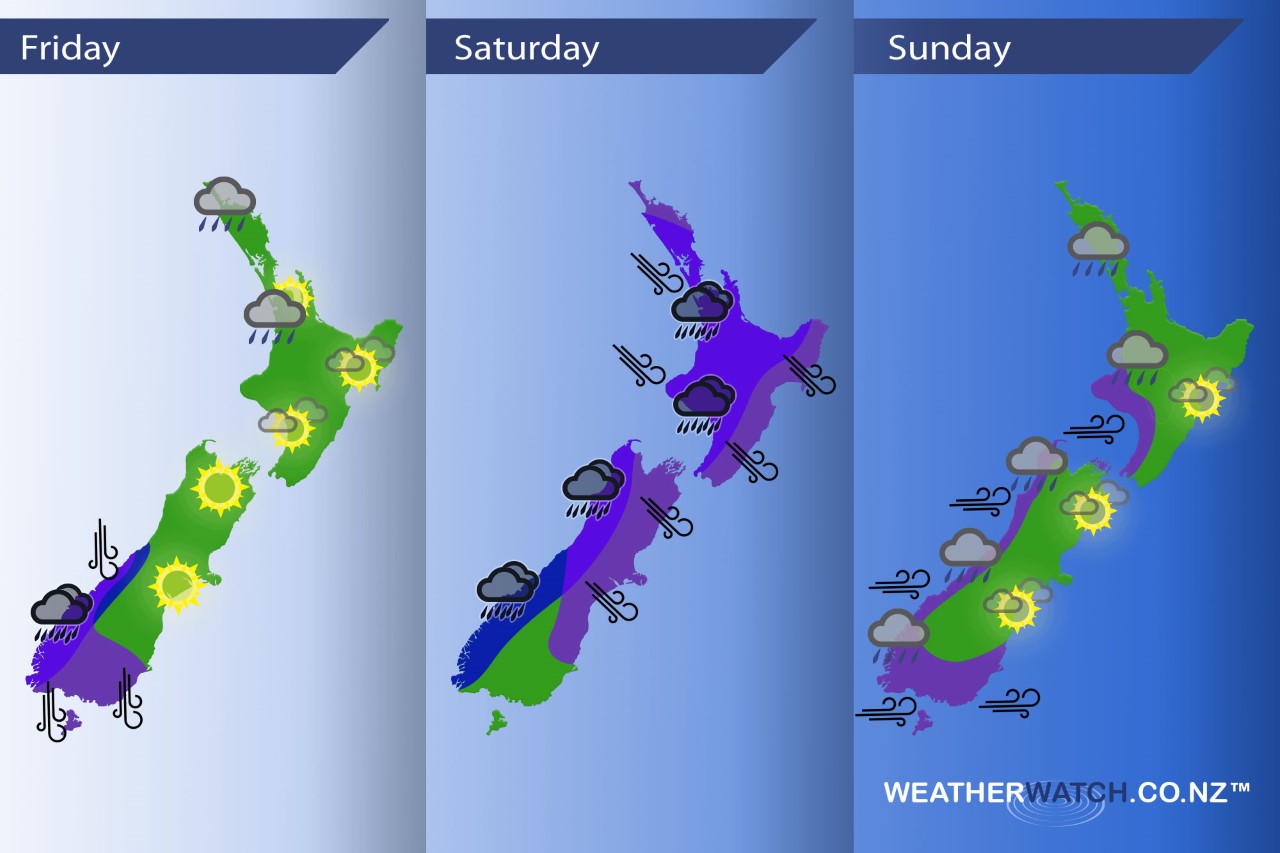