Home > News > Warmer weather coming for many parts of ... 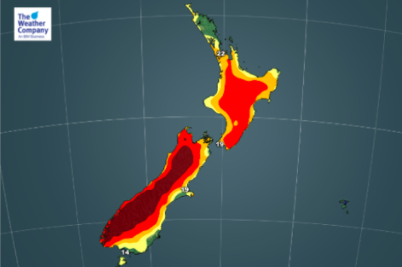 This week kicked off with a light southerly flow and it was pretty cool for some areas with overnight lows dipping near freezing and cold starts to the day. In true spring fashion the wind flow is about to change to a warmer one and some parts of New Zealand are set to be warmer than average – in fact over 8 degrees above normal inland.

HOW MUCH WARMER OR COOLER THAN USUAL WILL IT BE?

– Maps by The Weather Company (an IBM Business & an official WeatherWatch.co.nz business partner)

What’s your prediction for the weather this long weekend?

Friday starts out nice however cloud increases around midday as southerlies freshen, perhaps some drizzle in the evening. Morning cloud on Saturday breaks to a mostly sunny afternoon, southerlies die out by evening. Sunday looks mainly sunny with afternoon easterlies.