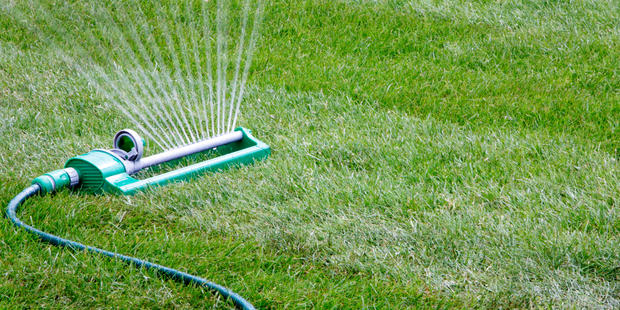 Waikato residents will only be allowed to use their sprinklers and watering systems on alternate days in two, two-hour windows in an attempt to conserve water.

A joint statement between the Hamilton City Council, Waikato District Council and the Waipa District Council, said the warmer weather and increasing water demand had prompted the councils to move to “alert level 2” to help conserve water.

That meant even street numbers could use sprinklers and watering systems on even days and odd street numbers on odd days, between 6am and 8am and 6pm and 8pm.

Hamilton City Council’s city acting waters manager, Maire Porter said she appreciated the effort people had made so far this summer and said the move to [alert level 2] was expected given historical trends and the recent warmer weather.

“Our residents have done a great job with water conservation so far, but as people return from holiday, coupled with our growing population, we have seen a steady climb in water usage. With the warm dry weather expected to continue we have to ensure we don’t use more water than we need so there is enough water for everyone. “

“We’re expecting a long hot summer so to make the best use of the limited water resource, we need everyone to do their bit to conserve water. There are lots of ways to conserve water, for example taking shorter showers, watering the garden by hand, or washing your car on a piece of lawn which needs watering will save hundreds of litres a day.”

“We’ve seen an increase in calls from the public about people misusing and wasting water. Our waters team has visited homes where taps and hoses have been left on when no one is home and sprinklers have been used excessively in the heat of the day.”

Mr Hale says most people want to avoid moving to “alert level 3” and are doing their part to make sure there is enough water for everyone.

“We are really grateful to our residents acting as our eyes in the district and doing their part to conserve water. We encourage everyone to tell us when they see someone not being smart with water.”

The Smart Water Starts with You! campaign aims to make long-term change to how we use water and is a joint venture between the three councils.