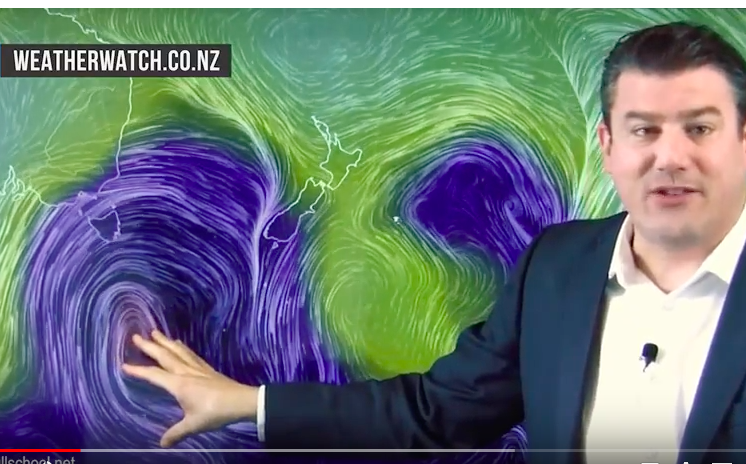 A blast of typical spring weather is about to kick in – but itâ€™s not good news for those in the west wanting a break from the rain. Starting today and tonight and lasting until at least Monday next week New Zealand will be affected by a lot of deep low air pressure mostly around the lower South Island and the Southern Ocean.

At the same time high pressure remains over Australia and north of New Zealand – this encourages windy westerlies over the country, which will turn much colder southerly this weekend producing snow in the South Island for a time.

Rain looks mostly focused in western areas of both islands while windiest weather looks to be northern and eastern focused. For the most part winds look blustery and not damaging, but we do expect wind warnings to be issued – but this looks to be at the lower end of a wind event.

Itâ€™s mostly a typical spring set up. The good news is that next week looks drier. But it is fair to say we canâ€™t see a long spell of settled nationwide weather for a time. The next several days may be the wettest of the month for some regions in the west.