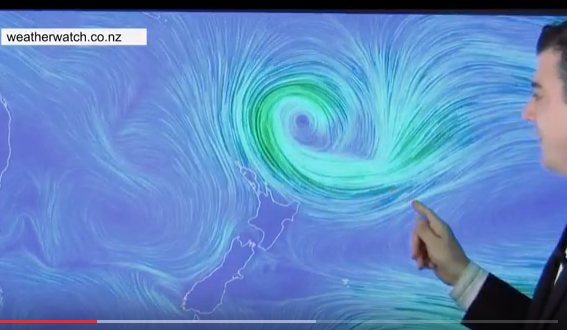 This week is another busy week weatherwise with a deep low just north east of New Zealand brushing by us as it track south eastwards, then that is followed up by a large Tasman Sea low at the end of this week. Despite these two sizeable lows the forecast for New Zealand does look mainly settled, dry and sunny for the next few days.

The sub-tropical low may bring in a few showers to some eastern areas of the North Island but the main concern will be dangerous seas and beach conditions for many in the North Islandâ€™s east.

ANZAC day itself looks pretty similar to today, Monday, but the Tasman Sea system will start to impact NZ later in the week.