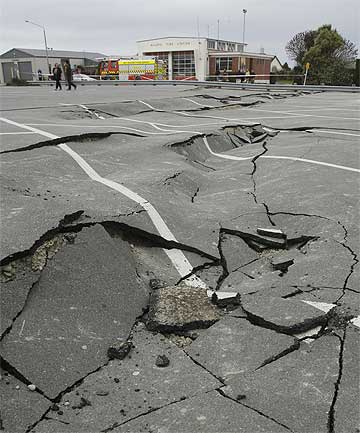 It’s been a very cool summer for a few areas of the country but Christchurch has really struggled on some days to even make the high teens and today looks set again to be one of those days.

This summer was one where potential water bans could have been enforced but due to a cool and slightly damper summer with very few warm days it seems that Christchurch residents have escaped harsher restrictions.

It doesn’t mean necessarily that Cantabrians are clear of any further restictions yet as March and April can also be dry at times but the highest temperatures that can occur during the summer months are quickly ticking by.

Dust hasn’t quite been the same issue as last summer when liquifaction caused significant problems following the Sept quake the previous year and hot and dry days with breezy winds were quite frequent.
Obviously more liquifaction occurred following last Februarys quake and dusty conditions were commonplace for the following few months.

The long range forecast is still changeable for Christchurch with the odd wet day expected but milder and sunny spells are still on the horizon.

It is a year this coming Wednesday since the city was transformed and no one in Christchurch will forget that day of February 22, 2011 where the day was overcast and cool but the ground shooked violently and changed the lives of many residents.

Wouldnt be surprised if the hottest day(s) of this year (as of date) are experienced well into autumn when the highs begin to move north.