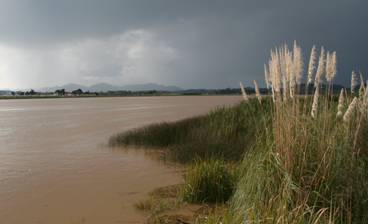 Winds are rising, clouds are building and rain is set to move onto parts of the upper North Island tonight as a sub tropical low eyes the region.

Northland, parts of Auckland and Gisborne are in the firing line over the next 24 hours where gales and heavy rain are set to lash the region.

Northland is the first province to feel the impact and the Government forecaster had a heavy rainfall warning put in place earlier today with significant amounts of rain expected.

The Auckland region should see the first of the heavy falls of rain overnight with easterly qurter winds packing a punch and possibly exceeding gale force in exposed places throughout parts of tomorrow.

Gisborne is likely to see the system settle in near dawn tomorrow morning with gales and heavy rain potentially causing issues particularly with surface flooding but also low lying areas could be at risk of flooding.

Out of the three regions it appears that Northland could see the heaviest falls and some hourly rates of rain could be very intense but hopefully shortlived.

WeatherWatch.co.nz will continue to monitor the situation closely.

I guess my comments were accurate as they didn’t make the cut!! Metservice does a good job and the way you try and discredit them in your stories to make yourself either look or feel better is sad. Either way if you won’t publish accurate criticism, at least the seed has been planted in someones mind at Weatherwatch. Cheers and goodbye.

We tried to respond to your comment yesterday directly but the email address you provided bounced back.  We don’t try to discredit MetService – but we aren’t going to give them endless free publicity either as they’ve made it very clear to us that this is a highly commercial and competitive playing field.   We want to work with them around severe weather events and have outlined this to them in a very positive and proactive manner  – the ball is in their court and, predictably, we’ve heard nothing back.  They are refusing to work with us – not the other way around.

Thanks for the reply. Now that you have outlined the situation as you see it, I have begun to understand why you feel a bit hard done by. Fair enough. To your credit, you have taken the time to respond and I have to give someone respect for that. Your website is a valuable tool for me and countless others in New Zealand. I was just a bit puzzled why there seemed to be issues with Metservice. I’ve emailed them too but I’m not hopeful of a reply like I got here. Again, thanks for taking the time to talk to me and keep up the good work. Cheers.

Currently raining steadily but not heavily. No wind to speak of. Pretty warm.