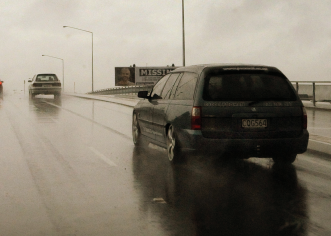 As downpours develop in the upper North Island there’s something motorists have to seriously watch out for – Summer Ice.

During long dry spells, dust, dirt, oil and a multitude of other material build up on the road surface. When it rains, this greasy cocktail is released by moisture and can make the road surface very slippery with the greatest risk to drivers shortly after the onset of rain.

It may affect the surface for many hours. The term â€˜summer iceâ€™ is used to describe these conditions that are not unlike the black ice you get in winter, in that the road is really slippery, but it isnâ€™t visible to drivers.

Rain, even small amounts, can make road surfaces that have been dry for days as slippery as ice and a potential danger for unsuspecting drivers.

NZTA says Be Summer Ice smart by:
â€¢ keeping your speeds down when travelling on wet roads after a long dry period
â€¢ taking extra care on curves
â€¢ increasing your following distance from vehicles in front of you
â€¢ braking and steering gently
â€¢ allowing extra travel time in case you encounter summer ice conditions.

WeatherWatch.co.nz – With thanks to NZTA