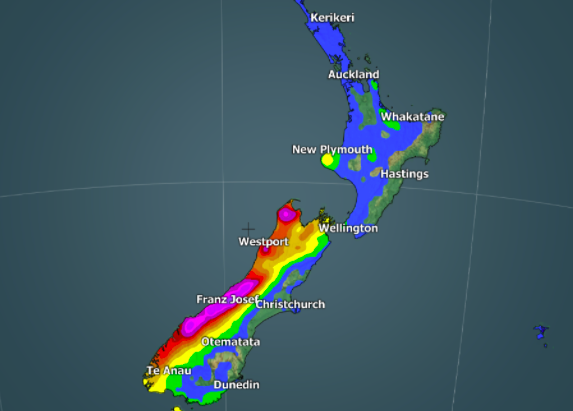 Rainfall totals on Friday may be higher than previously thought, as a low in the Tasman Sea slowly approaches New Zealand, creating a stream of low-level warm moist air from the subtropical oceans to the north to the lower South Island.  It’s slow moving due to a blocking high east of the North Island and this could increase rainfall totals.

A cold front ahead of the low will produce lines of showery rainfall which will reach the western coastline of the South Island later on Thursday and set in across Friday.

A main period of rainfall on the West Coast will start Friday (early morning) and persist until evening for most areas. However, showers may start as early as Thursday evening, since the cold front has a messy development.

Rain accumulation is forecast to be much heavier than the previous outlook. 24-hour rainfall from Thursday night will reach 50-100mm in central West Coast. Government weather warnings are possible from state funded forecaster, MetService.

Shallow to moderate rain will possibly remain in mountainous regions overnight but only spits will make it to the east.

There may also be a narrow band of rain that lingers over the upper North Island across Saturday and Sunday – this is one to watch as there is a fine line between dry and wet weather and forecasts will be fine tuned across the week. 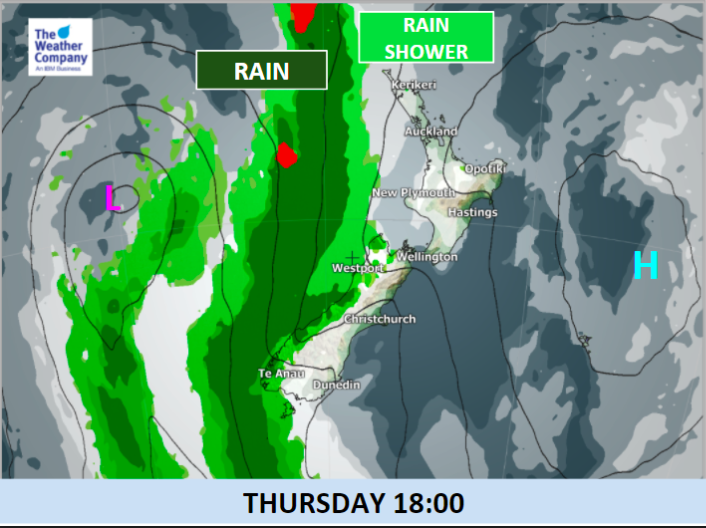 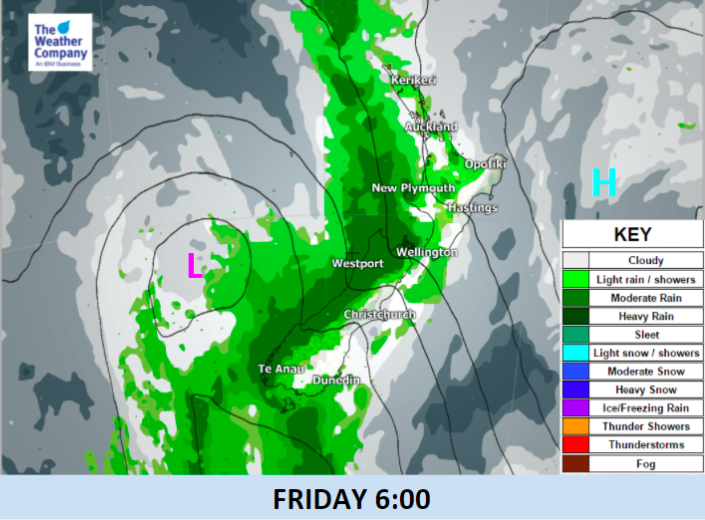 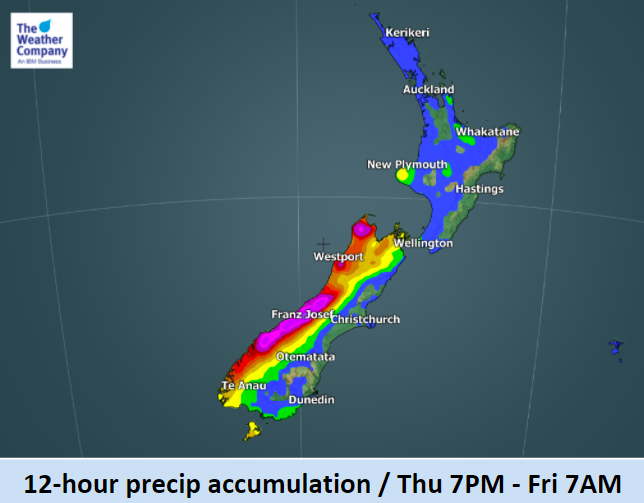 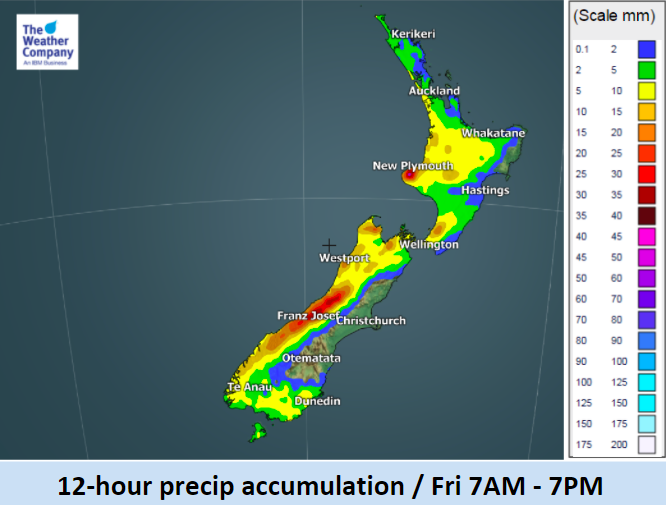