Updated End of the Year Forecast 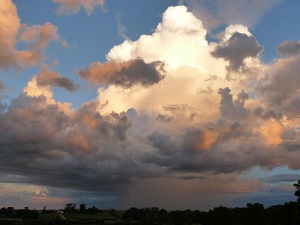 As we get closer to the end of the week, the news on the weather continues to not look so good.

We still have some generally nice weather ahead for today.  Although plenty of clouds may add a dreary look to the sky, especially around Auckland.  But it doesn’t look like rain will be an issue anywhere in New Zealand.

That is likely to change before the end of the week, and possibly as early as tomorrow.

Most of New Zealand will remain dry tomorrow, but the far southern sections of the country could see a little bit of rain.  Queenstown and Dunedin could both end up with rain tomorrow as spotty showers make their way across the southern part of the South Island.

Then on Thursday, the remnants of Tropical Cyclone Fina are expected to make their way onto the North Island and roughly the northern half of the South Island.  The western sections will likely see the rain fall first early on Thursday.  The shield of precipitation will then spread east as we go throughout the day and by late afternoon, both islands should be getting wet.  The only exception will be about the southern half of the South Island.

More rain could creep in for Friday and Saturday as well, especially for the North Island.  But at this time, there is still a fair amount of uncertainty for these days.  Things could still change for Thursday too, although at this point it looks like it’s a pretty good bet that things will be wet.