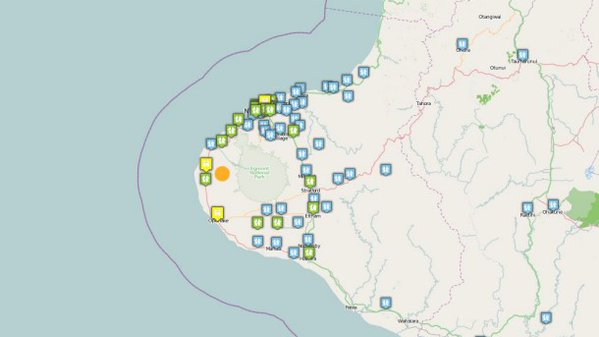 UPDATED 9.48AM: A magnitude 4.8 earthquake has struck Taranaki this morning.

The quake was centred 20 kilometres north of the coastal town Opunake, at a depth of 15 kilometres.

Rahotu School near the epicentre jumped into action as the quake struck.

Principal Brigitte Luke said there was no damage to the school – and last week’s Shake Out earthquake reaction exercise was timely.

“It was great because the kids…were where they needed to be. That preparation was excellent,” she said.

Newstalk ZB caller Pam said it was one of the worst quakes she’s felt in a long time.

“It started and we had a street cleaner working over the road and I though it was him. But then it hit with a big bang, and I thought ‘Nope, under the table’.”