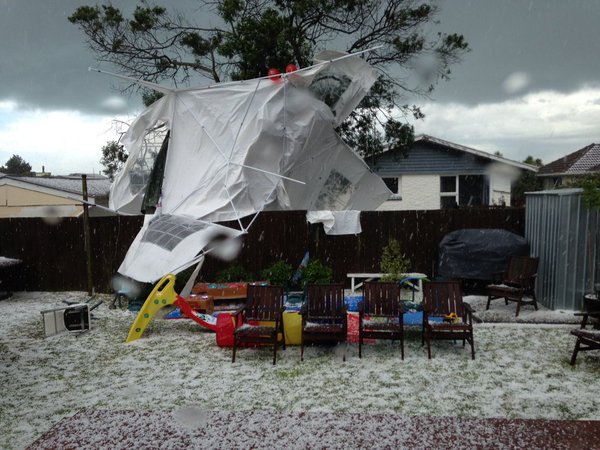 Thunderstorms and hail lashed parts of the South Island this afternoon.

WeatherWatch.co.nz was sent numerous photos (which you can see in other stories on our homepage).

Meanwhile video and tweets were captured by other news outlets at NZME.

Here’s an update from NewstalkZB…

I call this masterpiece, gazebo in hail #Hail #Christchurch pic.twitter.com/1N0iSzM5K7

Thunderstorms are forecast until tonight.

Christchurch city is being hit hard, with hailstones reportedly the size of marbles falling.

Orion said about 2500 customers are without power.

Here we go again. More rain in the last few hours than we’ve had for weeks. Thunder rolling right overhead and plenty of lightening too.

BREAKING NEWS: Video of one of the #Canterbury #Tornadoes just in… https://t.co/myIu08ucTI

Nearly 12-hundred homes in Rolleston and Weedons were knocked off the grid around 1.20pm

Orion is investigating the cause of the outages.