Ula passing – #WeatherRisks and your Main Centre outlook on Monday 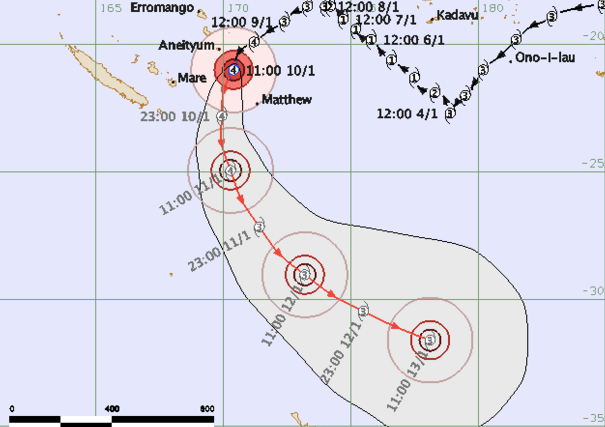 Most of the country is looking fairly settled to start the new week, with only the very northern part of New Zealand in for notable weather.

Tropical Cyclon Ula will be to the north of NZ on Tuesday – and slinking out from it is a rain band.
While at this point it’s staying offshore, there is a chance of some heavy rain about eastern Northland on Tuesday morning.

Mostly sunny and clear to start, though cloud increases towards afternoon, and there’s the chance of a shower later on – temperatures could get up to 23C.

Mostly clear skies, sunny with light winds – and a high around 20C.

Some cloud cover breaking to fine weather in the afternoon, breezy easterlies and a high around 18C

This is going to be interesting, MS vs WW. MS says “Rain developing in the morning, easing to showers in the afternoon” while you guys say a fine morning and PM cloud with the chance of a shower. Cant wait to see who is right.

Most of the above information is referring to today re those “Main centre outlooks”, I think you are mistaking that as information regarding tomorrow.