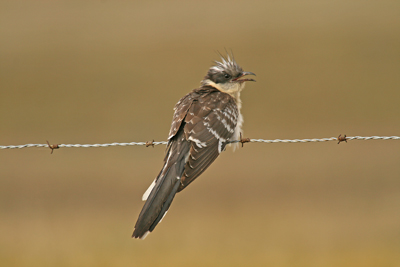 And so it came to pass that after the beautiful start to May with long sunny spells and some pleasant temperatures, predictably it has all gone rather downhill this week weather-wise in the UK.

Lets start back at the beginning of the week…fond memories! Temperatures scorched into the 20’s in some parts of Southern and Eastern England, resulting in a lot of lobster-resembling Brits and the usual bank holiday rush to the beaches on the roads. It wasn’t smooth sailing for all of the UK though, and whilst England and Wales bathed themselves in the wonderful conditions, Scotland and Northern Ireland had to make do with more in the way of cloud and some rain (a familiar North-West/South-East split so far this spring). Though even here as we moved into Tuesday a strange orange object finally appeared in the sky – historians informing Scotland that they believe this object is known as ‘the sun’.

But unfortunately from there on in things took rather a turn for the worse. The low pressure that had been kept at bay to the North of the UK for some weeks made more inroads across the country as high pressure to the south retreated. This has resulted in some sunny spells still, but also bands of rain and showers for much of the country, along with a notable drop in temperatures and some rather strong winds at times – 65mph for example on Thursday, with some issues for power supplies resulting.
So just as the foliage of Spring began to blossom, the plants will be making a quick retreat through the coming 10 days as largely unsettled conditions dominate proceedings for the UK.

Some slightly more encouraging signs beginning to appear towards the end of May and early June- a period which my own preliminary summer research has pointed to for a few months now as being perhaps the best period of the summer for the UK – but all that will feel a long way away as the UK prepares for more cloud, more wind and, yes, more rain!

A cuckoo returning to Ceredigion from migration in Africa has taken a holiday in France to avoid the UK weather.

David the cuckoo returned to the UK from the Democratic Republic of the Congo last Friday but turned back on reaching Somerset.Bird experts say he could either wait until the weather warmed up properly or take a short European break.

Five Welsh cuckoos were fitted with satellite tags in May 2012 to monitor their migration paths.
The five birds – Idemili, David, Iolo, Lloyd and Indy – left Ceredigion in spring 2012 for Africa. They travelled over East Anglia, through Holland, Germany and Italy before reaching North Africa.

The main reason for the journey is the hunt for their main food source: caterpillars.

The birds bypass the dry climates of northern Africa because caterpillars cannot survive there, and head for the wetter countries of Cameroon and the Democratic Republic of the Congo where caterpillars thrive.”The cuckoos are caterpillar experts”, said Paul Stancliffe, a spokesman for the British Trust for Ornithology (BTO).”Fatty caterpillars fuel their flight. The birds store the fat on their throat, in the loops around their stomach and on their flanks and thighs”, he said.

The summer also isn’t appealing at this stage and David’s siblings are also likely to steer clear this coming season.