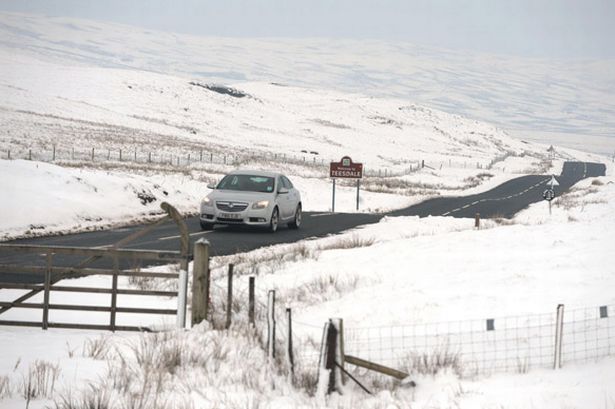 UK Correspondent Kris Surtees casts his eye over yet another bitterly cold week across much of the UK.

Greetings all once again from frozen Britain.

Another week passes in what seems to have been an eternity now of cold, wind, and snow. Fortunately, in a March that has ended up with just 40% of the average hours of sunshine, the strengthening spring sun has begun to shine through the clouds.

Lets take you back to the start of this week though. Scotland, Wales, Northern Ireland, and three quarters of England were under a blanket of snow – and even that is perhaps an understatement. The actual quantity of snow proved difficult to measure due to the strength of the raw easterly wind creating monstrous drifts, blocking roads and taking down electricity supplies. Most areas received at least 5-10cms, but for many parts of Central and Northern England, Southern Scotland, North Wales and Northern Ireland, well over 30cm fell, and drifted in places to 4.5 metres deep.

The snow fell in some parts for more than 72 hours continuously, with snow flurries following during the beginning of the new working week for North-East England once again. Livestock was badly affected, with many deaths reported as the snow coincided with the lambing season. Electricity supplies took several days to restore in parts of Scotland and Northern Ireland, as the high winds combined with the snow clinging to power lines brought them down readily.

Since then it has been a gradually improving picture. Some sunny spells developing by day, though the continuation of some severe overnight frosts, with minus double figures being recorded over the snowfields in the North, but with high pressure in charge, the snowfall has been restricted to mostly light flurries in Eastern parts of the UK, with no troubling amounts occurring – though a rather close call overnight on Friday with a low pressure system narrowly avoiding all but the far South-West of the UK, preventing the risk of further widespread snowfall.

Whilst the conditions may have improved somewhat, the temperature, sadly, has not. Daytime highs have been around 5c. Some parts of Wales failed to rise above 0c from the 21st-28th March. And whilst the bitter easterly wind has died down a little during this weekend, it looks set to return once again during the coming week, bringing the threat of further snow showers for some Southern counties of England and Wales towards the middle of the week.

The good news for the UK is that the forecasting models are beginning to hone in on the potential for some less cold conditions towards the second week of April, promising relief for anybody who has to work outside at this time of year. The bad news is, the change looks likely to be accompanied by rather wet and windy conditions. There’s never a happy medium!

Anyway thats all for now, I’m off to throw another log on the fire.