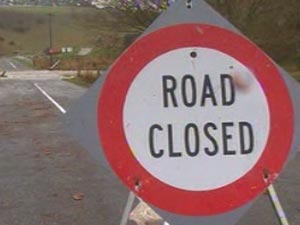 It’s a couple of years to the day since Oamaru and parts of North Otago were cut off from the rest of the Mainland as floodwaters inundated the town.

Serious flooding hit the region and it took some time before the water receded.

Here’s an article from the local paper, The Oamaru Mail covering the big event.

Heavy snow is forecast for parts of the upper South Island tonight, while farther down the island residents are still mopping up after days of torrential rain, and people remain trapped by high water in places.

Nine tourists were stranded by floodwaters on State Highway 1 north of Oamaru, after failing to observe warning signs earlier today.

The young tourists, who were trying to free one of their two SUVs from waist-deep water, were found by army and Civil Defence personnel, a Waitaki District Council spokeswoman said.

They were taken to Oamaru, where they were checked for hypothermia and would stay tonight before returning to Christchurch.

Motorists were advised to avoid travel if possible.

After flooding made SH1 impassable around the North Otago town, it is now open to the south of Oamaru but closed to the north between Pukeuri and Hilderthorpe.

Some water supplies in North Otago have been shut down due to flooded intakes, and will be inspected again tomorrow before a decision is made about when they will begin to operate again.