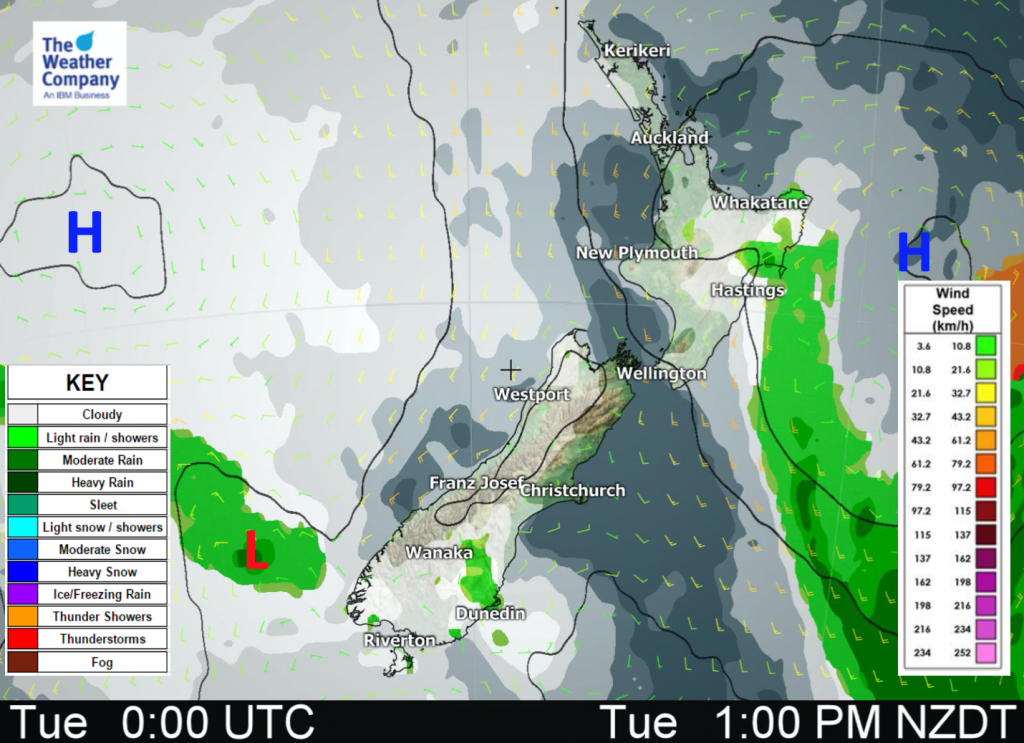 A weak area of low pressure forms over the inner South Island today meanwhile a low pressure system to the east directs a southerly airflow over the North Island.

A southerly airflow tilts to the southwest in the afternoon for Northland and Auckland, expect areas of cloud with a light morning shower or two for western Northland then clearing. Sun more frequent from afternoon for Auckland. Expect a mix of sun and cloud for most other western regions, isolated showers possible late afternoon / evening about Waikato, inland Bay Of Plenty and the Central North Island.

Showers along the east coast ease from afternoon with increasing dry spells, cool south to southwesterly winds. Morning cloud with the risk of a light shower about Wellington then sunny spells increase, southeasterly winds.

Areas of morning cloud break to sunny spells for most upper South Island areas. East to northeast winds pick up in the east, afternoon northerlies for Nelson, west to southwesterly winds in the west. Mostly cloudy for the lower South Island however South Westland is mainly sunny with some high cloud. The odd light shower for Otago then some rain possible later in the day.