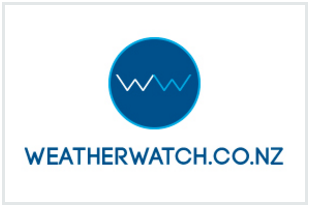 Tuesday is a similar day to Monday with cooler weather in the south of both islands and humid isolated downpours continuing in the north.

However, today should be a tad warmer in the south – and a tad drier and sunnier in the upper north.   We’re still tracking downpours though.

A large high is trying to push in from the SW of the country – but a humid easterly continues in the upper North Island. In fact, this humid easterly flow which developed after ex-cyclone Winston, may linger around Northland all week – as the high pushes in everywhere else.

Western North Island (including Central North Island)
Mostly Sunny, or a mix of sun and cloud.  Light winds from the S or SE.
Highs: 22 to 25
Tonight’s lows: 13-18