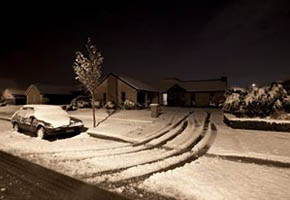 Conditions easing slightly overnight but still very cold. Snow possible to sea level in the east of the South Island, down to 300m or even slightly lower about the lower North Island tonight.

Canterbury
Wintry showers near the coast namely Banks Peninsula and Christchurch, also along the coastal fringe of North Canterbury and the Kaikoura Ranges area. Snow flurries possible to sea level. Inland along the foothills and for much of South and Mid Canterbury expect clear spells and some cloud, cold southwesterlies. Frosty inland tonight.
Lows tonight: -3-2

Manawatu looks as though it misses out – Yippeee