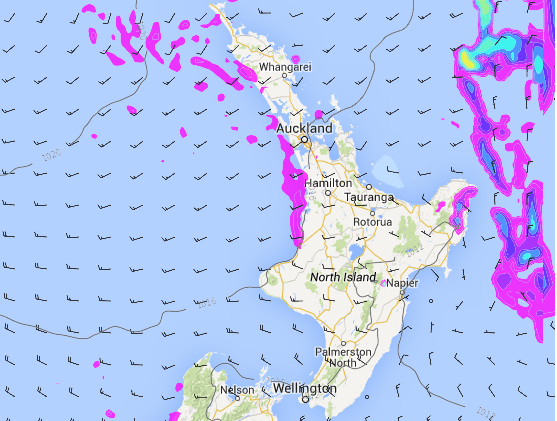 Tuesday is shaping up to chop and change a bit for both islands, with a mixture of rain, sun and breezes in store for both north and south.

The approaching low pressure system from the west will weaken before hitting the North Island, meaning a mix of sun and cloud for Taranaki across to Western Bay of Plenty, and further north. Isolated showers could be in store about late afternoon or evening too.
For the Waikato, expect showers, heavy in some places, but easing as the day progresses. Winds across the Central North Island should be light and variable, nothing to drop the temperature too much – maximums will sit around the high teens.

Hawkes Bay and Gisborne can expect some cloudy spells with southerly winds, and the chance of a light shower at times. Elsewhere about the lower North Island expect morning cloud to break to sunny spells, with south to southeasterly winds.