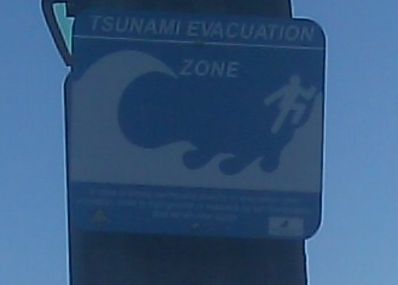 A “worst-case scenario” tsunami for Auckland would swamp the Viaduct and make Devonport an island, a council report shows.

But none of the scenarios modelling the effects of a wave most likely to hit Auckland, presented almost a month before the March 11 Japanese tsunami, would have the dramatic consequences of the Japan disaster, in which tens of thousands are thought to have died.

The most likely event to affect Auckland is an earthquake off the coast of South America, predicted to happen once every 50 to 100 years.

Auckland Civil Defence controller Clive Manley said the areas on the North Shore near Devonport and the Auckland Viaduct were low-lying and near to the sea, making them the most susceptible to tsunami inundation.

Tsunami expert and Niwa principal scientist Rob Bell said the most likely tsunami to hit the isthmus would be a slow-moving “slug of water” which would inundate the low-lying margins of Auckland.

Bell said Great Barrier Island would bear the brunt of the wave’s force, with the island’s east coast experiencing the most damage.

Auckland is lucky to be largely sheltered by some large land masses, in particular Great Barrier Island and the Coromandel Peninsula. “They’re the great protectors of the city of Auckland,” said Bell. “It’s a fortunate geological coincidence for Auckland.”

Auckland’s proximity to a tectonic plate boundary in the Pacific Ocean means it is vulnerable to tsunamis from a range of areas, mostly the Peru-Chilean coast and the Tonga-Kermadec trench.

An earthquake would need to be shallow (less than 40km deep) and produce an earthquake with a magnitude of 7.5 or more to create a damaging wave.

Earthquakes off the Peru-Chile coast have been the most frequent source of hazardous tsunamis for the Auckland region, with earthquakes in 1868 (magnitude 9) and 1960 (9.5) producing estimated tsunami wave heights of 0.6m to 2.9m.

Auckland Council environmental science team leader Greg Holland said it was a challenge to predict exactly how far water would push up on land because every tsunami acted slightly differently.

“Japan has spent a significant amount of money researching these tsunamis and look what happened.”

But “in Auckland we appear to have a really low risk. We’re tucked up in the harbour here.”

Auckland Civil Defence controller Clive Manley said in the event of a tsunami, people should get to high ground – if there was time.

They should go to a place they had arranged as a meeting point with friends and family.

From there, they should listen to the radio for advice.