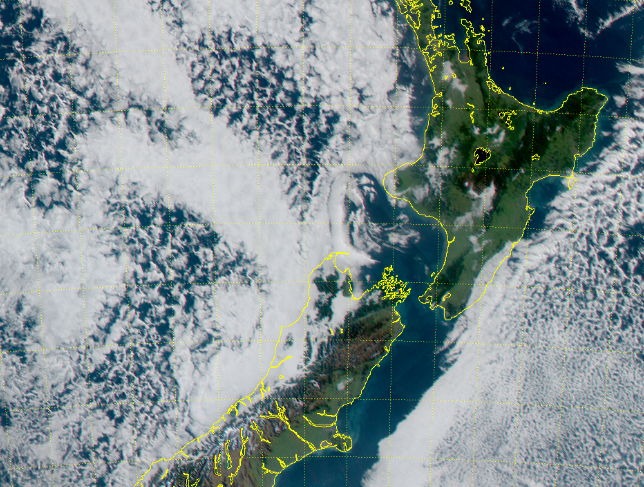 A very large high pressure system, also known as an anti-cyclone, is moving in across New Zealand from the Tasman Sea.

It has a fair bit of cloudy weather trapped under the centre – what is called “Anti-cyclonic gloom”.

As you can see from this 12noon satellite image courtesy of JMA our mountains and ranges are doing a good job (or bad, depending on which side you’re on!) of stopping the clouds.

Cloudy weather to the east of New Zealand is from the colder southerly flow that crossed New Zealand on Thursday and is slowly departing to the east.

On Sunday the centre of this large high crosses the North Island and this may mean the sunny skies some have today are replaced by increasing gloomy periods from the west, with little to no wind to blow it away.

If you’re wanting to wake up at 5am on Sunday to watch the possible meteor shower the cloudy areas will matter even more. Clearest skies are most likely to be through inland areas and those in the east of the country. Cloudiest looks likely to be moving in from the west. 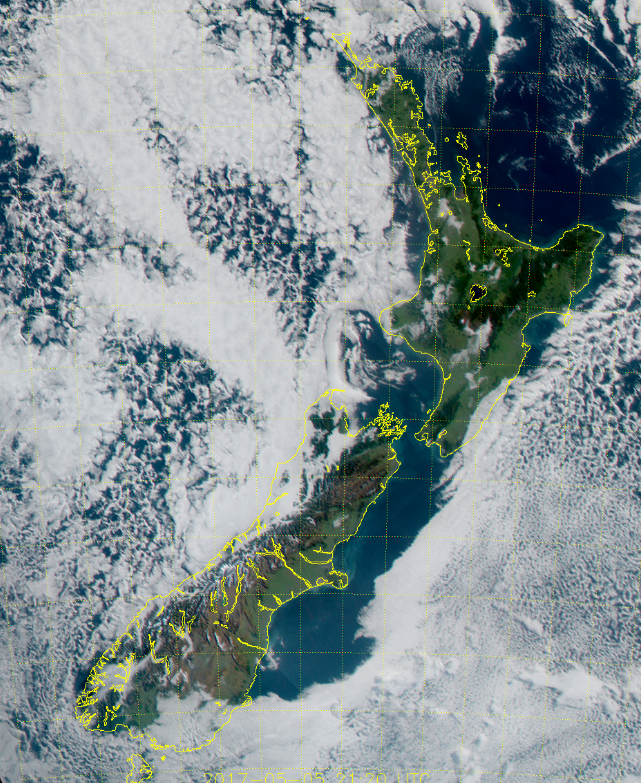 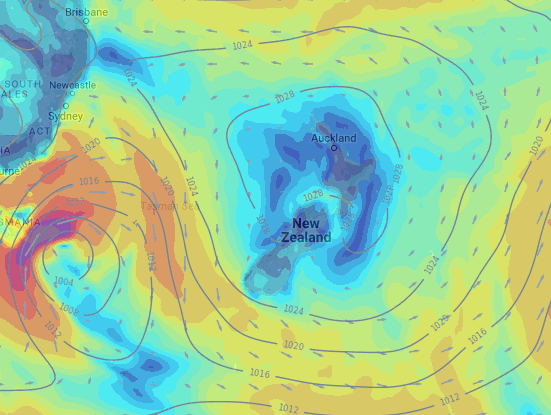 Sunday morning wind map shows the middle of the high crossing over northern North Island, bringing in some low cloud to the north and west while inland and eastern areas should be mostly sunny. / Weathermap