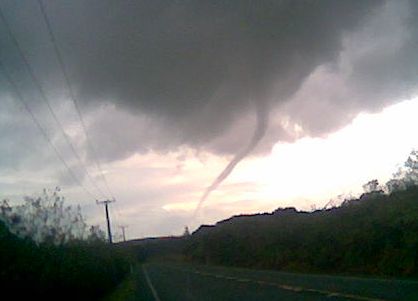 Last evening WeatherWatch.co.nz issued a Minor Flood Alert warning residents in the upper North Island to be aware of sudden downpours, thunderstorms and a low to moderate risk of an isolated tornado as further big bands of rain and thunderstorms moved in.

“Had stopped on the side of the road and a car travelling south yelled out to us to get out. Took the last photo and watched it get a little bigger and decided to turn around. Drove back a couple of kms and waited minute or two. Saw two vehicles going north past us turn around and head south again. Drove north again to see if had gone and saw it descending back into the clouds, the last of it spirally upwards, was quite impressive”.

Ellie Farnham says she didn’t hear of any damage and says at a guess it lasted at least 8 minutes. 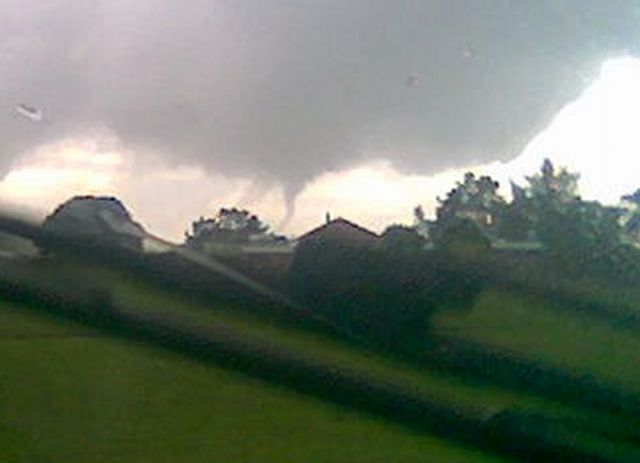 Wheres the secound photo? or is it just me that can’t see it?

I can see the second photo just above the Weatherwatch.co.nz text at the bottom of the article. Might be your web browser (works fine in Firefox 3.6.18)