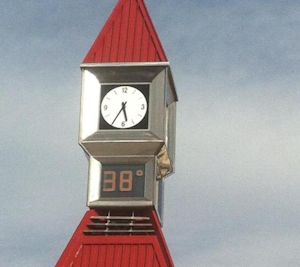 It will be another warm and settled day for most of New Zealand.  A few areas won’t get exceptionally warm like coastal Taranaki and Wellington.  East Cape/North Gisborne and southern Waikato will also likely see temps remain in the low to mid 20’s.

Western Waikato, including Raglan, Hamilton and Te Awamutu could see highs getting very close to 30.  Other North Island warm spots include Wairarapa and Hawke’s Bay.  Auckland should see high around 25 today.

On the South Island, the hot spots should be long the eastern parts of the island.  Christchurch is only expected to hit 25.  But areas just north of Christchurch could get close to 30.

Coastal Southland and Central and Eastern Otago will also be looking at highs in the mid 20’s to around 30.