Today: Some rain, some drizzle, some wind & some cold 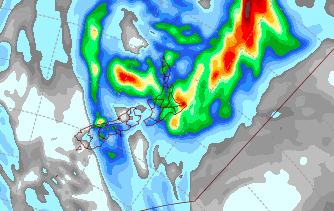 New Zealand has two sets of weather at the moment, colder air in the South Island and sub-tropical air in the North Island.

RAIN:
The bulk of the rain is currently light to moderate and patchy with drizzle spells in the mix too over the North Island, north of about Taranaki to Hawke’s Bay.

There is a secondary burst of heavy rain/downpours tracking southwards over Northland now and should reach Auckland and other upper North Island regions this afternoon – then again things ease.

Generally speaking there isn’t a lot of heavy rain about – but the front over Northland is worth monitoring.

In the South Island there’s some drizzle and light patchy rain in a few eastern and western areas, otherwise not too wet just yet.

WIND:
Wind-wise the ‘squash zone’ lies over the North Island at the moment and will intensify through Cook Strait area later today – but will ease back in the north.