To snow or not to snow 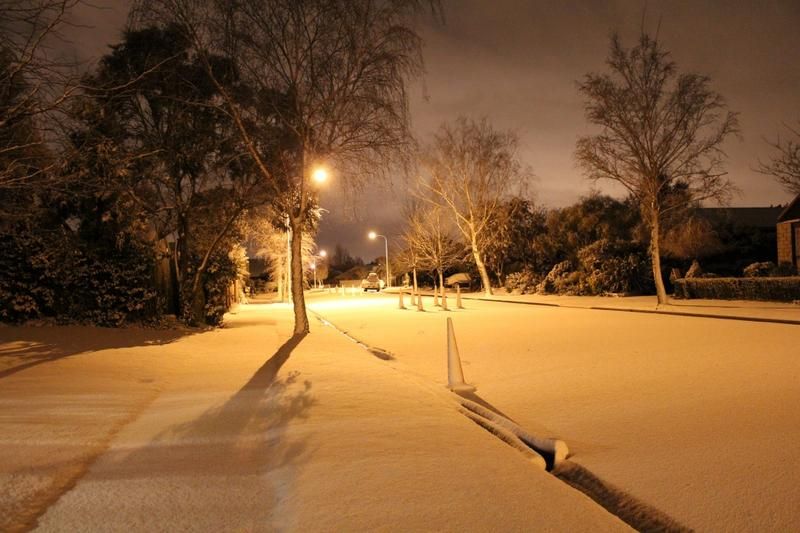 A wintry snap is heading towards New Zealand but forecasters at WeatherWatch.co.nz are saying the chance of snow will be low or borderline across some of our big centres.

Latest data is still suggesting snow is a possibility to low levels in places south of Banks Peninsula but there are things stacked against the chances of snow.

“Firstly the overall wind direction from this system is a south west flow” says head weather analyst Philip Duncan. “That tends to make for drier and slightly warmer conditions than a southerly or south easterly”.

“The other issue will be overall temperatures.  The air from this system isn’t coming off Antarctica, it’s coming from over the Southern Ocean, which isn’t as chilled”.

A rain/snow mix is possible overnight Thursday and into Friday but Mr Duncan says while it can’t be ruled out, snow is “unlikely” to settle to sea level in Canterbury or in Christchurch.  Snow was also not expected in downtown Dunedin, although there was a 30% risk.

As WeatherWatch.co.nz predicted on Monday, snow was more likely to fall to sea level around Southland and perhaps south coastal Otago.  Snow may settle on Dunedin’s hilltops, around the Catlins and possibly in Invercargill for a short time.

The cold blast will also affect the lower North Island on Friday with snow flakes possibly falling to a couple hundred metres around Wellington.  “Sleet is possible in Upper Hutt and some high up suburbs, but overall it will just be rain showers and a cold wind”.

TRAVEL
Travel, especially driving, could be affected by the snow, with many inland and high altitude South Island highways predicted to receive a dusting of snow, as will State Highway 2 over the Rimutaka Ranges.  The Desert Road may also receive a light dusting overnight Thursday and into Friday.  Snow is still possible in Queenstown which could affect flights although it’s expected to be mixed with rain showers.

FARMERS
While any potential snow isn’t predicted to be too heavy for most low lying farms WeatherWatch.co.nz says the wind chill could be fatal for new born animals.  Strong, wet, winds with wind chills between 0 and -5 could affect some exposed farms.  Farmers are advised to shelter stock where possible for Thursday afternoon until Saturday morning.  The cold winds should ease fairly quickly overnight Friday and into Saturday.

If it’s a straight SW wind, then the chances are, Invercargill will be lucky to see some sleet let alone any snow settling.  Stewart Island tends to act as a buffer to the city, ie, it goes to the west and the east of the city.