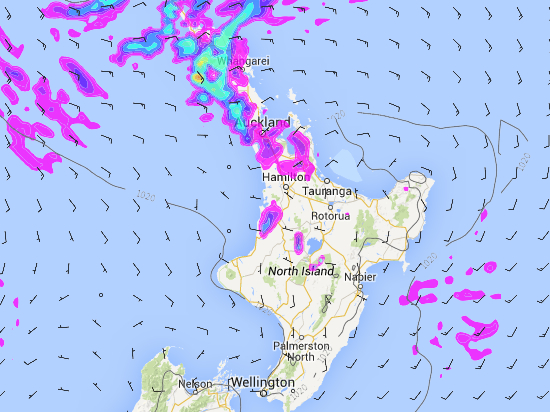 Heading into the first holiday weekend in what feels like forever, it’s looking like Thursday is going to serve up a relatively calm and quiet lead in.

It is looking like that northwesterly airflow will strengthen over the country through the day, as a couple of large, high pressure anti cyclones bear down on us from the Tasman. The South Island is looking at some fairly gusty winds in the late afternoon, but for the North Island, it’s looking calmer.

Up top, Northland and Auckland can expect mostly sunny weather, some light winds or afternoon sea breezes, and a period of isolated showers after lunch – but these should clear by evening.

For the rest of the North Island, western parts can look forward to sunny spells and some increasing cloud, freshening northwesterlies and not much else – there is a chance of a brief passing shower or two in the afternoon though.
The East Coast is looking mostly sunny too, with northwesterlies gusting at times about the Wairarapa, Hawkes Bay and Gisborne.

There is the chance of an isolated shower in the ranges about northern Hawkes Bay and Gisborne around late afternoon, but these should clear in the evening.
And Wellingtonians can expect mostly sunny conditions during the day, with northwesterlies becoming strong and gusty in the afternoon – it gust to gale force especially about Cook Strait – and cloud then increases in the evening.