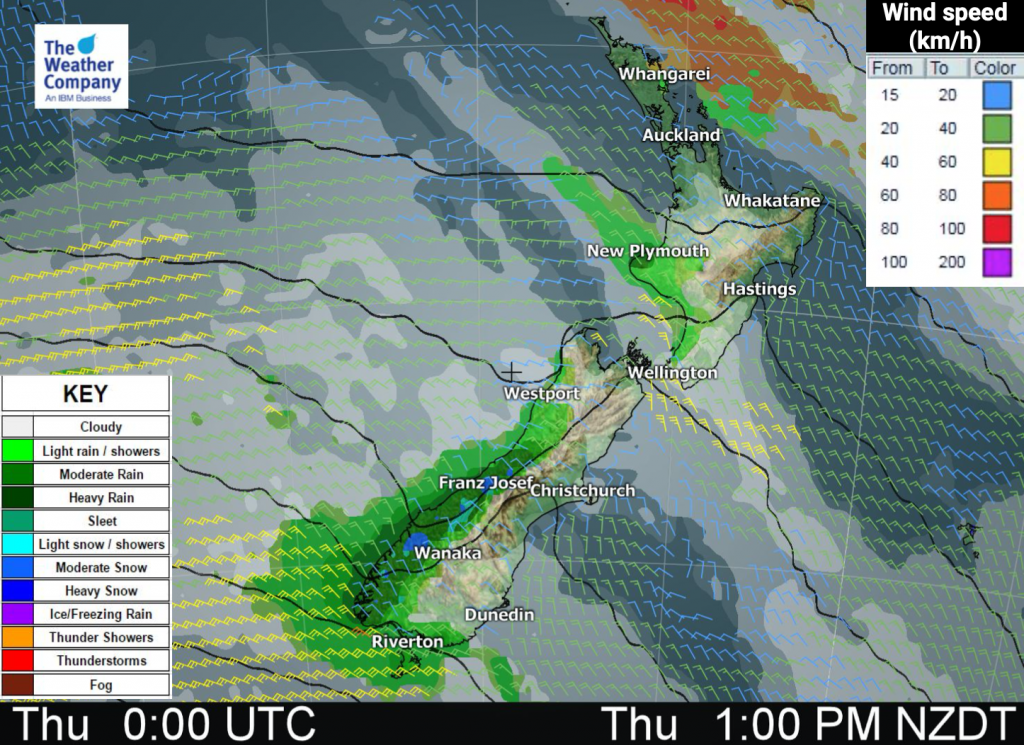 Western North Island (including Central North Island)
Sunny spells, cloud a bit thicker about Kapiti and Taranaki with a few showers. Those showers spreading elsewhere for a time in the afternoon. Northwesterly winds.
Highs: 19-23

Marlborough & Nelson
Mostly sunny, some morning high cloud clears away. Risk of a morning shower about Nelson and the Sounds then clearing. Gusty northwesterly winds.
Highs: 22-25

West Coast
Rain for South Westland, only the odd shower further north, some sun may even break through now and then. Northwesterly winds.
Highs: 15-17

Southland & Otago
Cloudy areas and occasional showers for Southland, rain for western Central Otago spilling over from the west. Elsewhere has sunny areas and some high cloud, may be a spot of rain otherwise mainly dry. Breezy northwesterly winds, perhaps tending southerly for coastal Otago in the evening.
Highs: 15-20