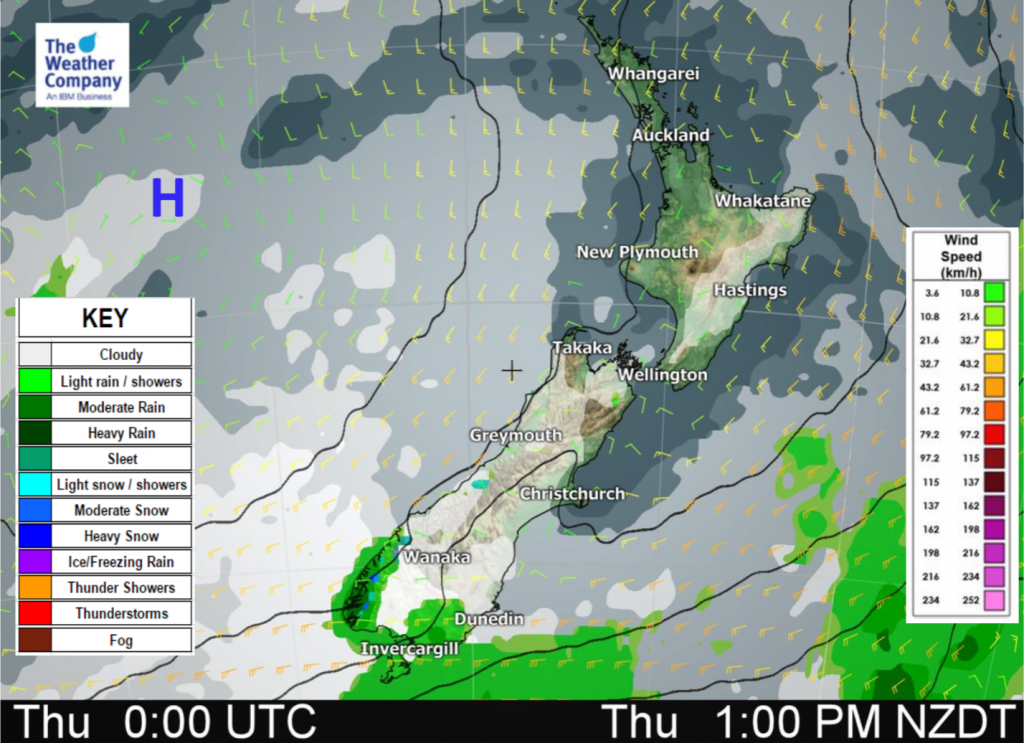 Northland, Auckland, Waikato & Bay Of Plenty
A few early showers then sunny spells increase. The Bay Of Plenty has a dry day with sunny weather after any morning cloud clears. Southwesterly winds, breezy about the western coastlines of Northland and Auckland in the afternoon.
Highs: 18-20

Wellington
A mix of sun and cloud, southerlies tend light northerly in the morning.
High: 15