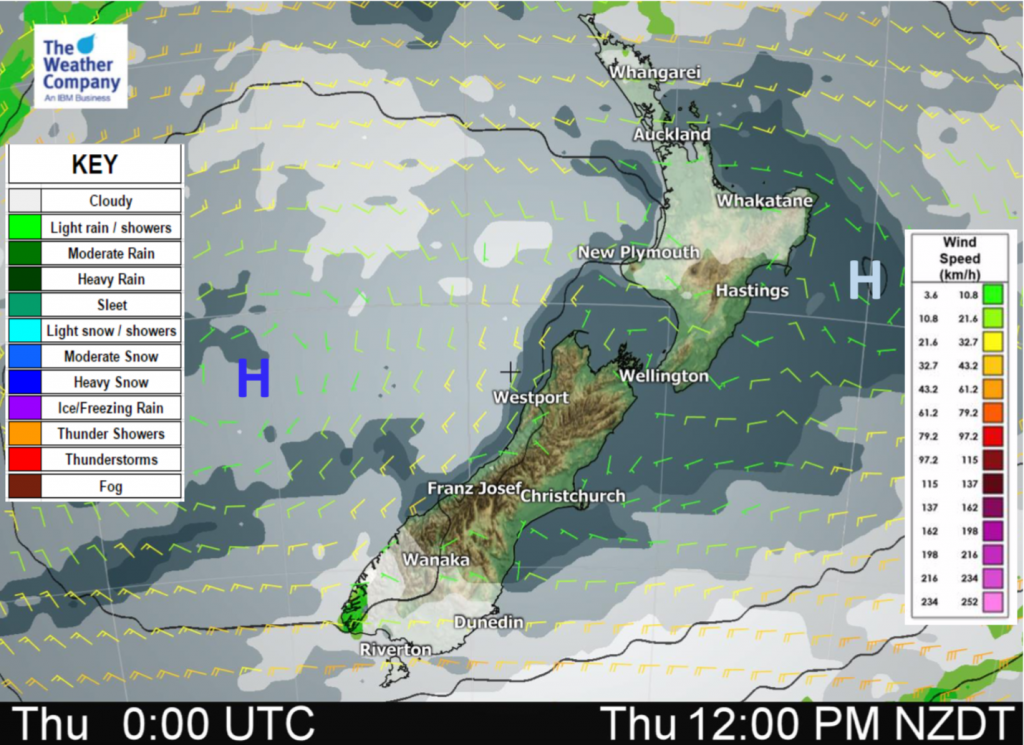 An anticyclone brings mainly settled weather today, a few showers caught up in a southeasterly airflow move over Northland.

Northland, Auckland, Waikato & Bay Of Plenty
Northland has occasional showers, clearing evening. Auckland has a mix of sun and cloud, winds from the east or southeast. The Waikato has mostly sunny weather, some mist or fog possible morning and night. A mix of sun and cloud about the Bay Of Plenty, light winds tend northerly in the afternoon.
Highs: 15-16

West Coast
A mix of sun and cloud with west to southwesterly winds.
Highs: 13-16

Southland & Otago
Mostly cloudy about Southland with the risk of a shower or two, long dry periods also. Westerlies becoming gusty in the afternoon. Mostly sunny about Otago, there may be some evening cloud, winds are mainly light.
Highs: 12-16