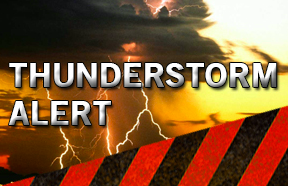 UPDATED 2:30pm — Thunderstorms and very heavy rain continues to expand over the Central North Island, Hawke’s Bay Ranges and Wairarapa region this afternoon as new thunderstorms flare up over the ranges of the Upper South Island west of Kaikoura.

Big downpours are also building up in Central Otago again and while significant they are not as extreme as the ones yesterday. They may continue to grow until late afternoon though, so worth monitoring if in the area.

As of 2:30pm a number of thunderstorm cells were in action over the Central North Island, around places like Eketahuna, with rain clouds spreading further across and out of the Central Plateau area, south of Lake Taupo and eastwards towards Hawke’s Bay. They’re also spreading south down the ranges and out eastwards over parts of Wairarapa.

The downpours and areas of rain will grow this afternoon and continue to intensify until late afternoon.

WeatherWatch.co.nz says some inland areas of New Zealand may actually have more than a months worth of rain this week, while many coastal areas remain bone dry.

These downpours do have significant risks today (and each afternoon this week). Those in the main risk zones should be aware these downpours may include: Severe Thunderstorms, hail and flash flooding.

WeatherWatch.co.nz says this is basically mid-summer weather in mid to late spring.

#HappeningNow: Big downpours developing around #CentralOtago again, not as major as y’day, but still significant and worthy of keeping an eye on! pic.twitter.com/6Q5DZCpFEo