Home > News > Thunderstorms flare up in Otago and Cent... 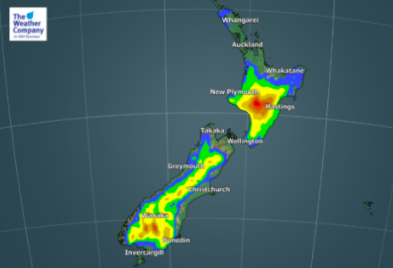 Updated 3:15pm: Daytime heating plus converging winds have helped create significant downpours and thunderstorms around Otago and Central Plateau this afternoon and they are still developing and growing.

There is a chance thunderstorms may become severe across both inland Otago and the Central North Island / Hawke’s Bay Ranges areas from now (3pm) until early evening.

This set up is likely to repeat itself daily for the next several days. More details on Monday about that. 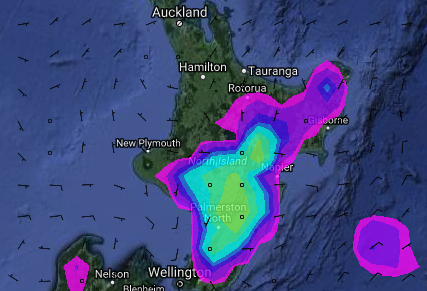 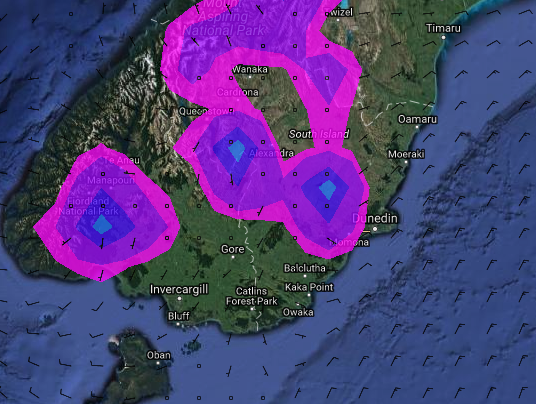 The heatwave through Central Otago continues but increased cloud today will see daytime highs down several degrees on where they were a few days ago – in saying that, they remain several degrees above average for November. 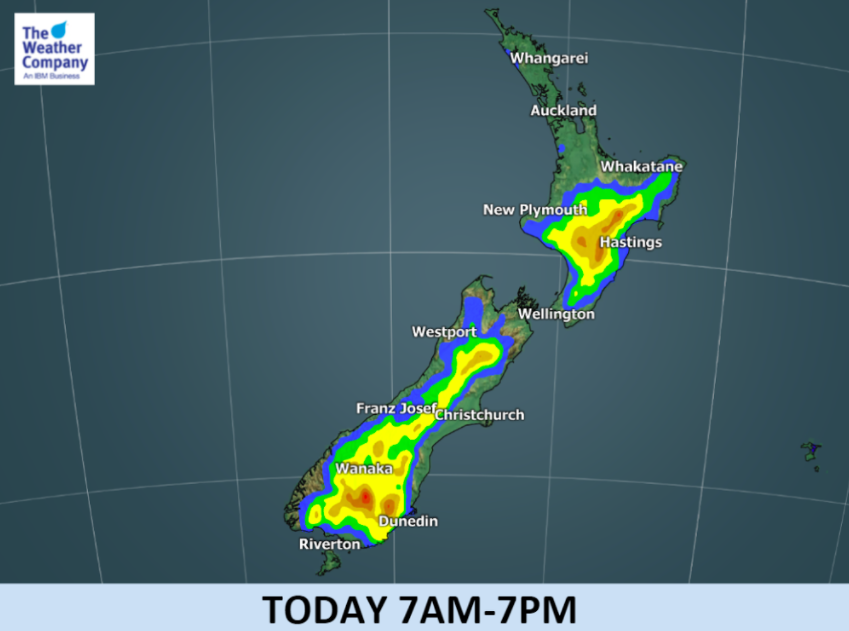 – Graphics by The Weather Company (An IBM Business & an official WeatherWatch.co.nz business partner)

Live in Whangarei and would love some of the higher temp and sun others are getting. here it is dismal grey cloud and cool with the wind, not very good for ones temperament .
Maybe in the not too distant future we mays see some change with a few clear blue skies.

Thank you for the great job you do and for being people friendly.