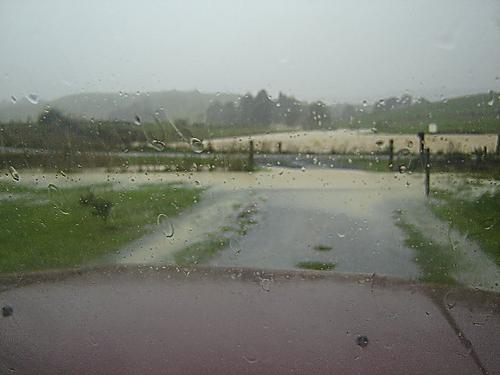 The threat of more heavy rain remains in place for the eastern Bay of Plenty, still trying to clean up and access damage from the weekend’s deluge.

WeatherWatch.co.nz and the crown forecaster are both cautiously watching computer models which are predicting another belt of heavy rain on Friday or Saturday.

On Monday the MetService issued a low confidence severe weather outlook for Taranaki, the Nelson ranges and, more importantly, the eastern Bay of Plenty.  In their Tuesday afternoon update they kept their confidence level as “low” however it’s possible this may rise as the rain event gets closer.

Computer models have been picking rain this Friday and Saturday over the North Island for a number of days now.

At the time this story was written WeatherWatch.co.nz had high confidence of rain falling on Friday night/Saturday morning but only low confidence of it being heavy enough to cause further flooding issues due to the fast moving nature of the front.

WeatherWatch.co.nz strongly suggests those in eastern Bay of Plenty to be up to date with the latest weather forecasts, warnings and weather news for their area over the coming days.