Think it’s been hotter than usual this month? You’re right – and there’s more to come 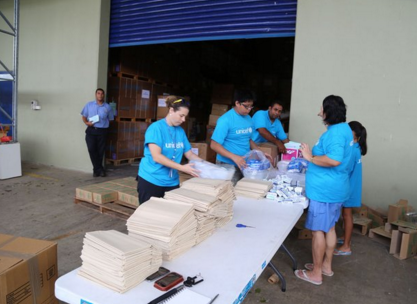 Think it’s been hotter than usual this month? You’re right – and forecasters say the scorching days and cloying mugginess could linger until at least mid-March.

The abnormally hot spell is on track to smash February records in some main centres but weather analysts are divided about what’s causing it.

MetService says El Nino is responsible; Niwa and WeatherWatch argue bouts of rain this summer are out of character for an El Nino season.

MetService and WeatherWatch acknowledge that climate change could be playing a part, but a longer trend of rising temperatures will be needed to confirm that – so, for now at least, super-hot summers are not “the new normal”.

The previous hottest February in all but two of the major cities was in 1998 – the last time there was a “super-strong El Nino”.

The hot summer has been a mixed blessing for weather-dependent businesses. One Auckland surf shop has seen business boom by “25 to 30 per cent” this summer.

Andre Newth, who owns Ultimate Surf and Skate Shop in Pinehill, says more people than usual have tried their hand at surfing this summer.

“It’s an awesome summer. Wetsuit sales are down, surfboard sales are up,” he joked.

Beginner and intermediate surfboards had been popular and rentals were doing well, too, especially on weekends, he said.

“We can sell six to 10 boards a day. We have a hire-board fleet, too, and our hire-board room on the weekends has been virtually empty. That translates into sales because people hire boards to try, and then they buy,” Mr Newth said.

However, the summer hasn’t been so kind to water companies.

Owner Glen Lovewell said commercial clients kept the business ticking over, but residential water tanks had been receiving regular top-ups from mother nature and had not needed his company’s services.

Niwa scientist Chris Brandolino said preliminary predictions indicated the start of March would be hot and sticky, with humidity in the North Island and periods of thunderstorms.

WeatherWatch head analyst Philip Duncan agreed with Niwa’s analysis, saying while El Nino could be responsible for hot, dry weather on New Zealand’s east coasts, wet weather in other parts of the country was more like a La Nina year.

Meanwhile, Cyclone Winston could finally be petering out.

Winston dropped to Category 2 yesterday and WeatherWatch believes it will likely lose its cyclone status altogether at some point today or tomorrow.

The track to New Zealand is still unclear – as it has been for half a month now – but Mr Duncan said it was likely Winston would pull down tropical air over the country this weekend, which would merge with a cold front and bring heavy rain to some North Island areas.

I think that averages are misleading because in every 24 hour cycle there are 2 nights and 1 day. This is “biased” if you like, against places with large differences between night and day time temperatures. Here in Christchurch it has been hot this month but there have been several instances when it has been a really hot night right up until 6 am when temperatures dropped several degrees. As a result averages are hit. It would be interesting if they changed the times back to say 8am as the start of a new day. What are your thoughts on this?

You say, “…in every 24 hour cycle there are 2 nights and 1 day.” This is a bit suss, I think, as there is only 2 parts of a night when records are kept using the midnight to midnight method – midinight to dawn, and dusk to midnight. I have more of a problem when the 0900 to 0900 system is used, but that was they way the did (do) it when thermometers and rain gauges were read by homo sapiens. Now that the never-sleeping electronic systems are ubiquitous, a more nuanced weather data pattern is discernable. Many of the extremes of temperature are now seen to last for only minutes, at times, for example.