Think it’s been a bit chilly at the beach this year? You’re right! 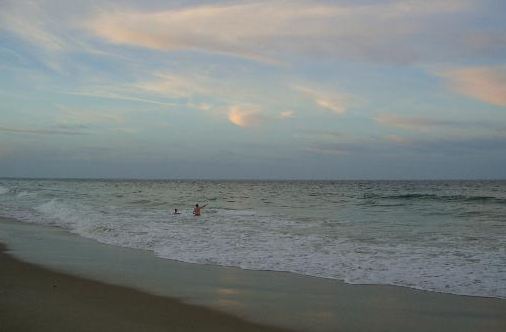 But if you’ve taken a dive into fresh New Zealand waters that’s probably what you’ve come up with.

And it’s not just your imagination, government meteorologist Ben Noll confirmed that water temperatures are 1Â°C to 1.5Â°C cooler than average.

“So maybe you’ve been holidaying and you’ve ran into the water and its been really chilly so you sprint back out. So what’s going on?”

Noll put the chilly oceans down to two reasons. One is an abnormal amount of south-westerly winds. This brought cooler air over the Tasman Sea and areas east of the country.

The other is stormy conditions that stir up the oceans.

“When you combine these two factors it leads to some pretty chilly water temps around the beaches, especially in the North Island where people like to holiday at this time of year.”

Noll said Auckland water is sitting around 18Â°C while the Coromandel is reading between 17Â°C and 17.5Â°C.

But all is not lost.

Noll thought that February should bring some more mild conditions as, “climatologically” water is at its warmest point.

“So hopefully we see that response as we head into the later stages of summer, and perhaps early autumn.”