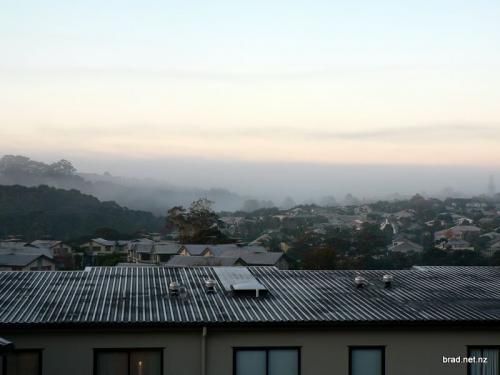 Fog has started to lift across Auckland following a morning of unusually thick fog.

WeatherWatch.co.nz says the heavy fog was caused by a patch of humid, still, air ahead of a low pressure system moving our way.   The saturated air has condensed at sea level around Auckland meaning clouds have developed on the ground, which we call fog.

The low, which is predicted to bring two or three days of rain to northern New Zealand, has taken a little longer to develop but is still on the way.

WeatherWatch.co.nz says low cloud will remain over the city but gradually lift as light nor’easterlies develop.